GOST is the latest music compilation curated by Yannis Veslemes and released on “Into the Light Records”, a Greek music label ran by Ilias Pitsios. This compilation is an achievement of both Illias and Yannis Veslemes’ common effort to resurrect soundtracks of movies that have been lost to time and ever-changing culture.

The soundtracks one can listen to within this release are movie scores extracted from the forgotten world of 70s and 80s Greek cinema. These are the films that were once screened in festivals or were even popular between audiences of the past, but have now lost their acclaim and are left behind as a memory. Such movies even have a term – ghost movies.

Fascinated by the release’s psychedelic mysticism that oozes from within, we asked Yannis and Illias to give us an introduction to how the collaboration started. 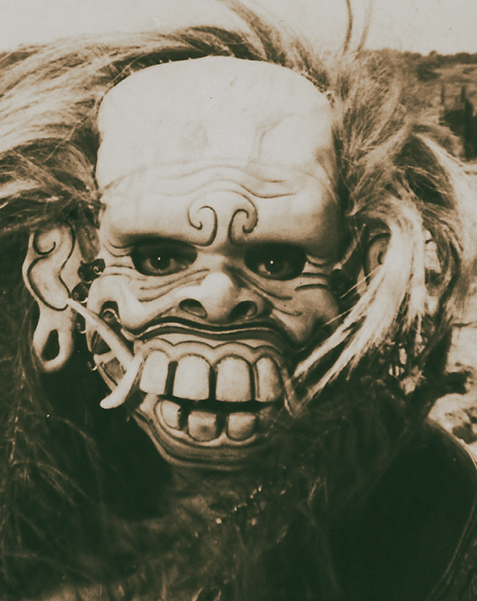 GOST stands for Greek Original Soundtracks. Most of these tracks are taken from obscure and rare films. Some of them had minor successes in festival circuits, but the general public’s idea about them is that they were experimental efforts for a very specific arthouse audience. Years went by and most of them were forgotten, rarely screened in cinemas or TV.

A cinema club event I co-curate – “The Lost Highway of Greek Cinema” – rediscovered, repackaged and screened 100 of these films in the Athenian movie theater “Astor”. Younger audiences of the city experienced (for the first time in decades, in 35mm copies) the miracle of the late 60s, 70s and 80s Greek new wave cinema.

Ilias Pitsios was there in most of these events and we came up with the idea to work on an anthology of the soundtracks from some of these films. Our taste leaned towards the most psychedelic and weird stuff, so we were concentrated on the more “electronic oriented” decades of the late 70s and the 80s. The track that started everything was Thesia’s “Parodos”, an electronic 10 min reggae piece from the retro-futuristic film “Oh Babylon” (1989). That film was, in a way, the tombstone of the new wave cinema within that era, along with Nikolaidis’ “Singapore Sling” (1990). So it felt ideal to be the “intro” track for our compilation.

In general, we tried to explore the mystical and eerie connections between cinema and music, between these specific films and their audience, through history and in parallel with what was happening at the time in the rest of Europe. We came up with this double vinyl anthology that consists of various soundtracks. We hope it’s experienced as a solid piece of work, a one way trip to these beautiful sounds that once existed to serve the flicks, but now they have a life of their own.

“The result is that it took at least three years to finalize it, including the pandemic.”

As Yannis said, the event „The Lost Highway of The Greek Cinema“ that he co-curated 3-4 years ago touched on the main idea for this compilation. Before that, we barely knew each other. I vividly remember that he messaged me to come to the very first screening and that some of the soundtracks might be interesting to my ears. Needless to say, I loved the films I saw that night (I’m a film buff, either way…) and indeed some of the soundtracks were great.

To be honest, I went to almost all of the screenings after that, because I was mostly interested in the movies. Gradually, I began listening to some of the music themes that were simply mind-blowing. I was surprised that some of them were never officially released. I still remember the goosebumps I got when I first listened to Markopoulos’ theme from the wedding scene οf the film “Fear” (1966) directed by Kostas Manoussakis – a track that, unfortunately, did not make it to the compilation, because the archive of the Markopoulos recordings was missing. But Thesia’s “Parodos” was the composition that made me run to Yannis the next day to tell him that we have to do something with this material! 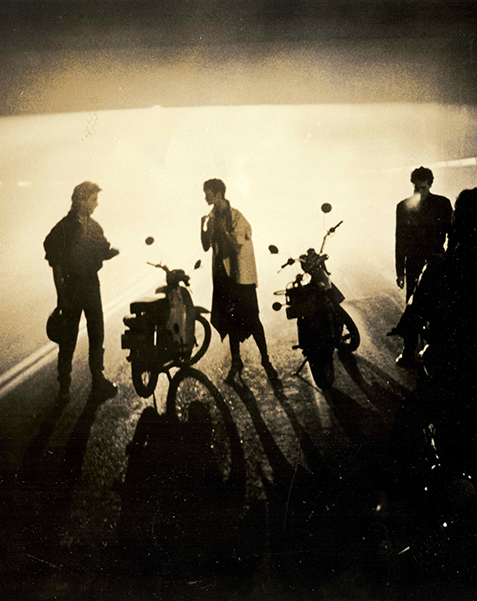 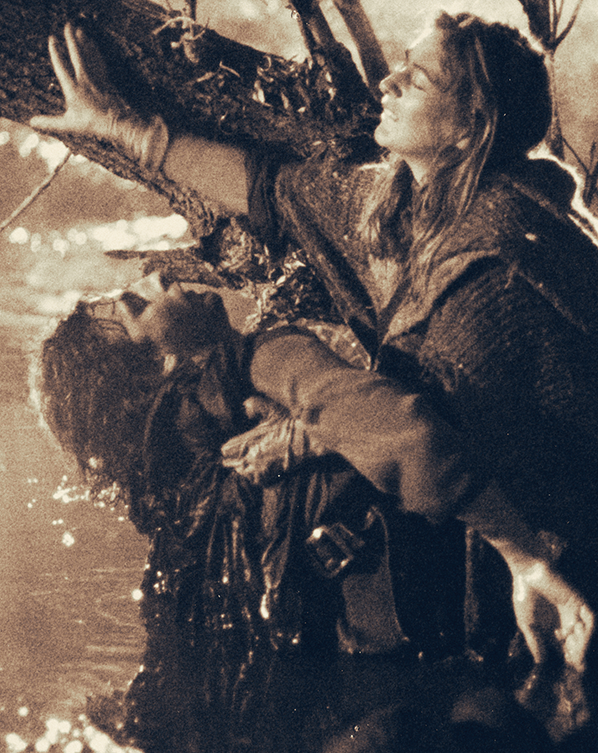 Working on GOST did not really differ that much from work on other compilations because I always work closely with the artists – in this case, the selections would be Yannis’. We basically took it very easy and sometimes it was just an excuse to have dinner, or coffee, or a beer – with some work done as well! The result is that it took at least three years to finalize it, including the pandemic. But the good thing is that this long period and endless discussions we had with Yannis about everything helped the compilation grow and made us feel more confident about the result.

I think the most important thing for any similar documentation is to find a very interesting and bold concept and to then build the project around it – and stick to it without any distractions! Then, besides the creative part, you have to be prepared for a less exciting – but absolutely essential – part, that includes a lot of phone calls, emails and arrangements about the original material, licensing, sound quality, graphics, etc.

Last but not least, we have to give props and many thanks to our designer Kostas Chritis who managed to perfectly fit with our vision!

The time has come for the third and the last part of our series of the 19 Neo-kraut Songs You Need To Hear dedicated to uncovering the ongoing impact of the krautrock sound tradition and we hope it was as much of a delight to you as it was to us.
Gabriele Sadzeviciute

“Keeping it low profile” is probably the mantra of Petr Danda, the person behind Urban Fungus — a music and sound curating project from Prague that serves a rather fine blend of psychedelic rock and 60s inspired beat music, covered into a curtain of sound effects...
Martin Ludvik

Right in the middle of melancholic Lithuanian autumn Opium Club surprises us with an announcement of a new resident DJ they are going to host. As our eyes flash with excitement we learn that Lena Willikens is going to be a regular guest at the club...