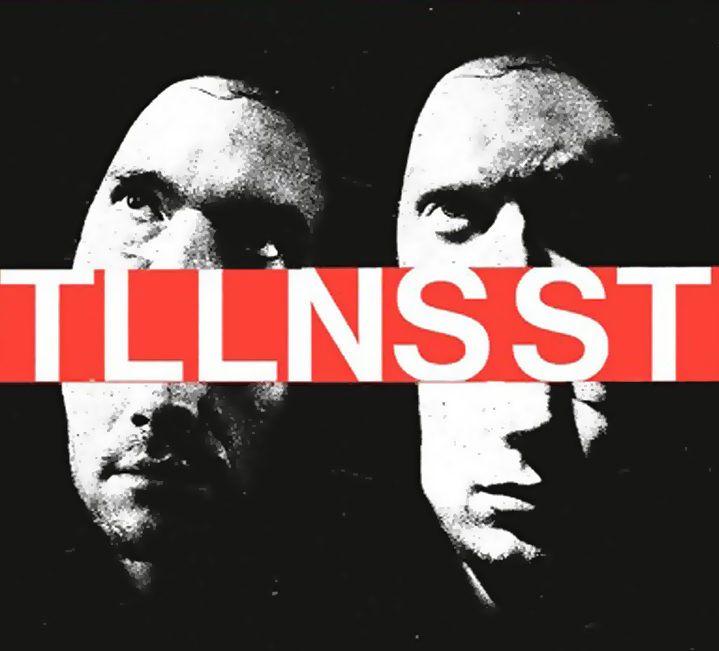 Stallion’s Stud is a relatively new Dutch project where their unexpected appearance has already happened in this year’s Strange Sounds From Beyond Festival, right after their debut album with the same title was finished recording. Consisting of already by Calypso magazine well-known Identified Patient and Red Light Radio’s another half, Hugo Van Heijningen, Stallion’s Stud looks like a promising project that’s worth to look out for. Consisting of four tracks, the EP digs deep into artists’ mutual love for electronics and industrial drum machine rhythms.
After having listened to EP’s previously premiered tracks, we’re here today to observe these fierce post-punk driven results together with their culprits Job and Hugo.

The opening track “Promising Promises” invites listeners to a cold world of dangerous vocals and delayed echoes. Hugo’s spoken words wrap themselves around dub rhythms and prepare us for further risky endeavours trying not to sink down into the following tracks. Phrases, being whispered by Hugo from the start, are rather non-binding and don’t really have any continuation with the rest of the track, yet the insidious feeling is kept well throughout the entire melodics. “Life’s long, I am young” repeats the voice at the end of it, as it dissolves into an endless echo.

Delayed electronics trail towards the next, “Instrumental Aria”, track, filled with fuzz and more persistent notes of Hugo’s voice. This brings us to more energetic melodics, that we start nodding our heads to.

Job, Hugo, can you tell us the prehistory of Stallion’s Stud project? How did you meet up and decided to work together?

Hugo: I remember my friends playing tracks by someone called Identified Patient. I loved it, but never heard of him, although he’s from Amsterdam. I think we met at Red Light Radio when he did his first radio show, with lots of cigarettes & Prosecco. I liked the guy and his music and he apparently lived 5 minutes from my house. I wanted to make some music, with the least possible effort, with maximum output. Job liked this idea and so we hung out in the studio, recording 2 tracks a night. So we only needed 2 nights to put out this EP, haha.

Job: Yeah this sums it up I guess!

“For me the inspiring aspect is that we are not fine-tuning. With mostly one-takers, we are close to the final track. That’s what I like when I hear old wave/punk bands, it’s recorded very simply in a DIY way, but with the right energy.”

Hugo, you’re one of the founding members of Red Light Radio and, I believe, there’s really a lot to handle out there. How come you thought of creating an album only now after these years of being in music industry? Could you say there has to be a certain growth to this level?

There’s a lot to handle at Red Light Radio for sure, but I’ve started the station not just to email all day. I love to be involved in music and create music. Always been in bands ands projects, mostly punk and experimental and already put out about 10 records, so nothing new here. I just replaced drum kits, amps & guitars with 2 Octatracks.

Stallion’s Stud EP is a mixture of rather dangerous and throbbing vocals combined with post-punk era’s experimentations and DIY music culture. Obviously, these are the genres you’re both in, but were there more inspirations that led you to album’s sound?

Hugo: For me the inspiring aspect is that we are not fine-tuning. With mostly one-takers, we are close to the final track. That’s what I like when I hear old wave/punk bands, it’s recorded very simply in a DIY way, but with the right energy. If the energy isn’t right, we can’t write and record, all is impulsive and organic. And simple!

Job: yeah true. Most of the time I created some tunes in the hours before and then Hugo came to the studio. We checked which ones we could use and then Hugo always had some lyrics to drop on.

I’ve seen posts where HUNEE just recently played one of your tracks at a party and the other one which was used in Tel Aviv’s dancing class practice. How do you feel about your tracks being used in such different environments?

Hugo: It’s really fun to see our music getting out there for different reasons. We only played 3 times live, in completely different contexts, an art gallery, a festival and in the Berghain. So seeing people going nuts at a night with Hunee or dancers practicing a choreography all the way in Tel Aviv is amazing.

Job: Yeah that is dope and what I prefer! Job, you were a stand-alone artist previously, then started a Sophie du Palais project together with your girlfriend, now – with Hugo. Don’t you sometimes feel overwhelmed or that some of them could consume your time more than expected and you wouldn’t have energy for your personal one?

I like the balance between them all. Makes it less boring in the studio. And I still have time for solo projects, of course. Sometimes a track, which was supposed to be for something else, comes in the solo repertoire or vice versa.

The third track “Unpredictable” starts with pulsating drum machine’s pattern followed by outspoken syllabic title itself. The intensity of the EP rises with this track as we hear the increasing grumble of Hugo’s voice. Being ready to set the riot with distorted riffs and drum-machine belches, the track casts a threatening omen to the dancefloor wherever it is going to be played.

“Unpredictable” is shortly replaced by the fourth and the last one called “Voice of No”. This is perhaps the most clear rhythm-followed track consisting of intense sound effects via notches of heavyweight percussions and bass.

This is a different take on the album compared to some others that we’ve reviewed previously, and the usage of lyrics is also related to that. What was the process and idea behind the words and phrases you’ve used in the tracks? Any chance of describing what each of the tracks mean to you?

Hugo: I came up with the lyrics and they are all kinda 14-year old emo kid style. Luckily, humanity is still doomed, so they still do make sense and I feel 14 again.

And as for the last question – is there any specific message you wanted to spread with Stallion’s Stud EP to its listeners?

Hugo: Make sure you’ll hear and see us live, cause there’s no head banging carved in the vinyl.

You’ve heard the word. Stallion’s Stud – STLLNSSTD first release was 19th November on Interstellar Funk’s Artificial Dance. Get it at your local record stores and prepare for some cold shockwaves!