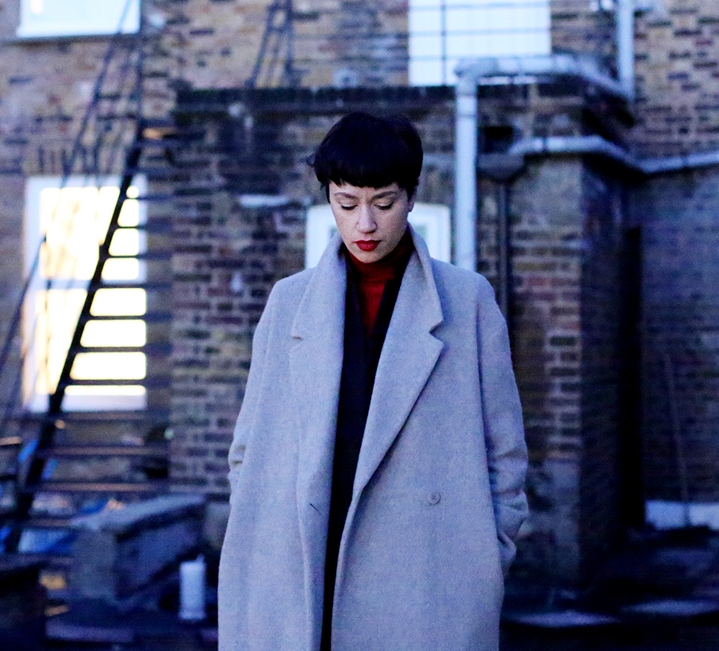 “I had a brief internship at an agency that was doing club and DJ bookings in Bergamo and since I was terrible at being behind the desk all day they worked out I could help with the events instead. It worked!” – Elena writes me while boarding her plane from Sao Paulo back to Europe. She has just finished playing B2B set with Interstellar Funk in Dekmantel Festival 2018 and was heading to Vilnius for the second time.

“I think everyone should play and dance to what they want to, what feels right to them in that particular moment. Perhaps if people stopped thinking about what something is or isn’t, what it can be called, these kind of questions wouldn’t need to exist.”

That was the start period where Elena Colombi fell into the music void she is now – becoming a promoter in Milan back in the days and currently running a popular show on NTS radio in London while travelling the venues around the world playing at a plethora of festivals or one night events. Also, generally being one of the most prominent and respected DJ’s of these days. What a time to be alive and learn about new sounds from such a selector.

Speaking of that, her music selections shouldn’t come as a surprise – they’re as open minded as Elena Colombi herself. Spending time in different parts of the world from a young age shaped her to be an unexpected selector in her sets. Spontaneity, acid, synth melodies of 80’s, industrial electronics to post-punk EBM – only a part which reflects in this dedicated digger’s mixes. Before her NTS show became a staple of the station and her profile has risen, Elena would be promoting her vision of a perfect clubbing with her “Abattoir” series: “They evolved from being a bi-monthly event to a bi-weekly one, offering quality club experiences with great DJs as well as live music and performances. The venue and visual aspect of the night was also very important.” Looking back, “it’s been a crazy ride”, as she explains it by having developed a loyal crowd through bookings including such artists as Lena Willikens, DJ October and Ivan Smagghe. Elena usually prefers no filming, neither taking photos during the performances, “however parties in Abattoir were different – people would dress up like crazy, there would be no judgement on the way they look like, neither on any other aspects”, – reflects while we’re chatting in the backstage of Opium club right after her set in Juoduomenė event.

Now, “keeping Mondays weird” by her shows on NTS and continuing her explorations in the music world, Elena says that “there has been so many changes in the clubbing landscape in London over the past 10 years”. Even though she’s not in town enough to be enjoying or discussing it all, she agrees there seems to be a new wave of good things happening.
When asked about the importance of genre-defying selections out there she answers: “I think everyone should play and dance to what they want to, what feels right to them in that particular moment. Perhaps if people stopped thinking about what something is or isn’t, what it can be called, these kind of questions wouldn’t need to exist.”

For Elena, there isn’t any general idea, rule or a theme she follows or is supposed to follow when playing. As for many, her main aim is still to create the best clubbing experience throughout the night and “dancing freely for as many hours as possible surrounded by nice people” is something she always aims for. We could definitely get that by looking back to the list of the events she’s been playing at, so far. Having asked what could be the most memorable play of 2017, Elena states that “many gigs were memorable, for different reasons! However, one of the most enjoyable was probably playing 8 hours back to back with Interstellar Funk at De School.”

Let’s hope that the list of events will continue on getting longer and each of them being particularly special to herself and all others coming to enjoy the nights. As for now, the latest one was in Opium club, Vilnius, and while being here for the second time, Elena kept her promise and made the dance floor nicely shaken among the other sets carried by Clicklounge, Tadas Quazar and Tumosa. Nicest flowers bloom at night, and Elena Colombi proves that to the fullest.