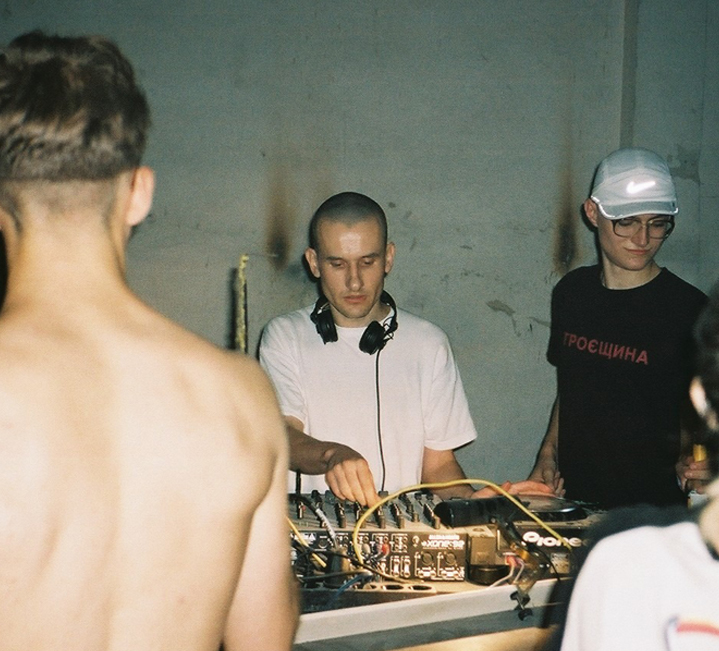 While Ukraine was facing Euromaidan protests in 2014, techno scene had started to rise between young people of Kiev. Empty warehouse spaces on the outskirts of the city became a Meka for 4/4 tough beats, and a new rave culture began to evolve. Cxema by then would be illegal or semi-legal parties, something similar to a group of people in Prague, Czech Republic would run, which was called Polygon. Later about that in other article, though.

A person behind this whole movement, Slava Lepsheev, has been a DJ of a local scene for more than a decade when he thought that abandoned industrial spaces could be developed for something far more better than just be left behind to reflect Ukraine’s dark past. Country’s bureaucratic barriers were not easy to work around, that’s why Slava kept throwing Cxema parties all in different locations, far away from Kiev’s centre.

Speaking of musical selection in Cxema, techno is a functional form of music to dance to, at least from what party’s visitors say. Slava Lepsheev himself, Inga Mauer, Ernestas Sadau, Obgon are only a small number of DJ’s to mention. Having started series of events in Ukraine, now Cxema travels over the country’s boarders to such places as Vilnius, Warsaw, Berlin and others.

Cxema is also not only about showcasing a good techno scene – people coming to parties are all sorts of brash and fashionable youth who desire to express themselves and the way they look. Would seem that they find their identities in this music and 90’s branded sportswear and sunglasses are their outfit to dance and sweat with.

Along with forgotten factories and other industrial stages Cxema takes place at, seems that these parties belong to the past or are a picture of some utopian future. Instead of waiting for Ukraine to build bridges for the country, Kiev’s youth are building their own. Cxema’s community is stretching far out reclaiming neglected spaces and expanding over borders.