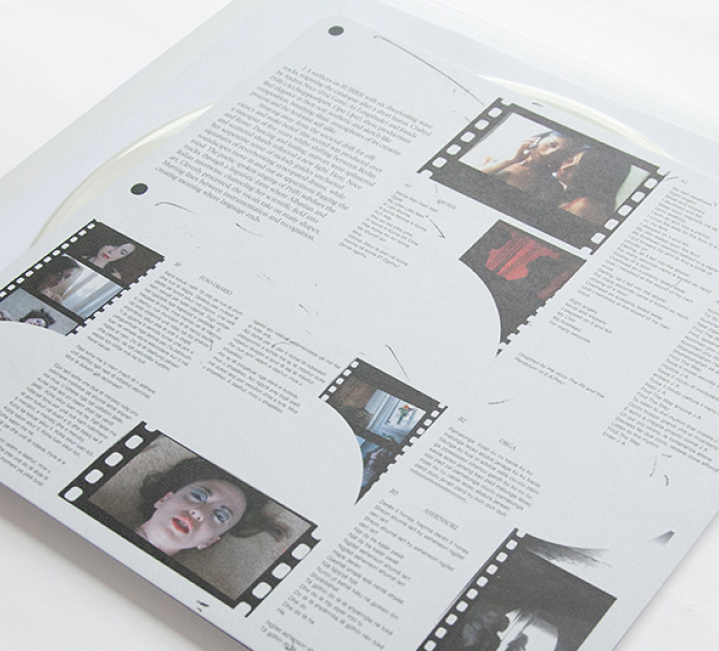 Even though Jonida and Andrea have been collaborating as J A for years, they haven’t shared anything until 2015 when they presented their first track “Find the Way”. After that, having been silent for a few years, they finally had a breakthrough in 2019, releasing a debut album on RUBBER record label – enter ja. The album features 6 ritualistic tracks that the pair has created during their long collaboration. Artists have put their diverse talents into a single medium that transcends their individual creative nature with a new integral form – both music and poetry sound as if they were created by a single person.

Immersive and hypnotic, the release touches the mystical part of human nature. With its repetitive rhythms, mesmerising synth patterns and chant-like voices it can be visualised as an esoteric ceremony that has an ancient and occult feeling to it. The length of tracks varies between 4 and 9 minutes, yet they never get boring despite their linear nature. 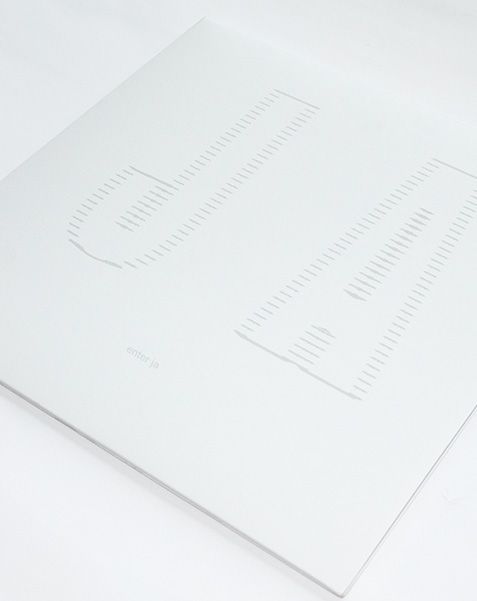 On the contrary, the listener melts and merges together with the organic sounds of Andrea’s talent and Jonida’s ethereal poetry. The emotional depth is clearly felt throughout the release and it pulls in for a dreamy trip.

The project has been around for many years and there are still a few questions to ask about the history and genesis of the collaboration that brought such a fine sound.

How did you meet and when did you start working together?

We met in the early 2000 in Rome. We used to attend the same class at the University, studying literature, music, films, theatre. We have observed each other for a while before we actually properly met.

Andrea: I remember it happened at a party at the uni. A bit later Jonida showed me one of her first manuscripts. I wasn’t into electronic music yet, but I’ve already had many years of music lessons. We then moved to the student house together. Nowadays that looks to me like a golden age. Our friendship was genuinely inspired by the love for poetry and the need of supporting each other in our artistic evolution.

Jonida: It was that party at the university that united us. I really liked that Andrea was a musician as well as a very interesting and profound person. It really seemed to me that it was a kind of cosmic sign to meet up in a very difficult period for both of us. Besides studying, we confronted each other and found satisfaction in our mutual passions. Let’s say we trusted each other.

Working for such a long time on a single album should be challenging, yet you made a homogeneous release. How did you manage to stay on a continuous track during five years of production?

It wasn’t challenging at all, on the contrary – it was quite a natural process. From 2011 we didn’t live in the same city anymore, but we managed to meet up regularly. In our spare time together we would always lazily start some audio project or work together on some of our own writings or projects. That’s how we would spend the most of our time together. We wouldn’t have big expectations about the outcome, we were just being and doing nothing. Smoking joints, laying around… You know, laziness and sound. One track we recorded in 2015, called “Find the way”, became a video clip and this one caught the attention of Rubber, the label that has now released the album. From that moment we worked on compiling the release, putting together the unfinished material we had recorded in more than 4 years.

“There’s no limit for collaborations in creativity, it should be preserved as an open process.

Artists are known for being individuals, yet it seems that both of your fields of expertise have clicked together in a corresponding manner. What was it that connected you so well?

Ahaha, we like your quote that “artists are known for being individuals”. Quite correct! We think what really works in this project is that our individual personalities emerge through a mutual vision. In our case, the fact that we know each other for so long and that we basically are family for each other, makes the process fluent. For instance, just before the release was out, we performed live for the first time in Rome in 2018 at Poesia Carnosa, an event that Jonida organises. There was no time for practicing, so we decided to go for improvisation. The impact on the audience was strong, we both felt it. Same thing happened at Rhizom Festival in Zurich, last summer, which is a really sweet memory for us both. It’s all about a tuning force that brings us together. At the end of performances we feel that our personalities have enhanced each other because we deeply love and feel each other’s aesthetics. What has connected us from the beginning in a single word is poetry. 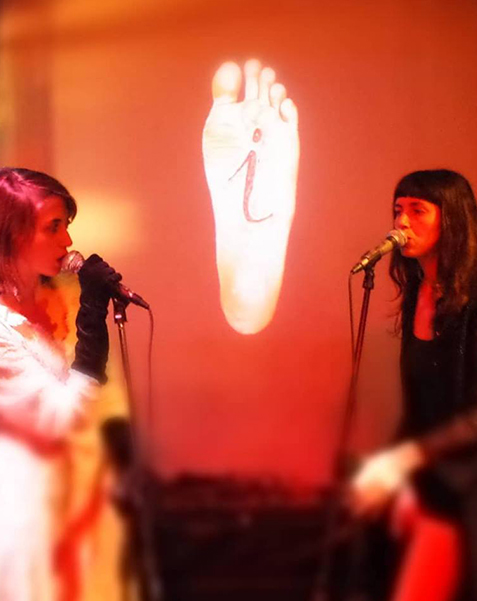 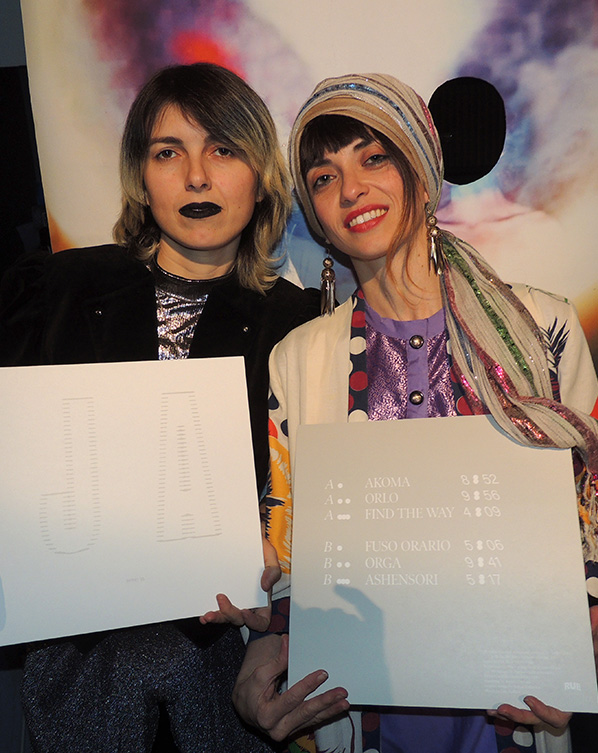 Both of you work on many other projects besides J A. Do they interfere with the creative process or do they actually overlap in a productive way?

Andrea:  There’s no limit for collaborations in creativity, it should be preserved as an open process. To create with other people is a form of love, there should be no limits for it, as there are no limits for unconditional love. I think, everything that we’ve done individually and with others or under diverse project names has shaped us and indirectly has given new matter to develop on the J A ground.

Jonida:  Creativity is an inexhaustible source. All we can do is to chase what the instinct wants to tell us. The most important thing is to have that stamp that traces the creative personality in such a way that you never lose your original direction and then show it in all possible forms. Then the creative process can overlap infinitely producing deep connections.

It would be magical to experience a live performance. Will there be any chances to meet both of you as J A on the stage?

The live performance is an important part of the project. We’re currently in stand by position (for obvious reasons), but we’re willing to perform live soon again. Our live performance can be described as a transcendental vocal invocation in verses.