Warm Up With Tim Koh 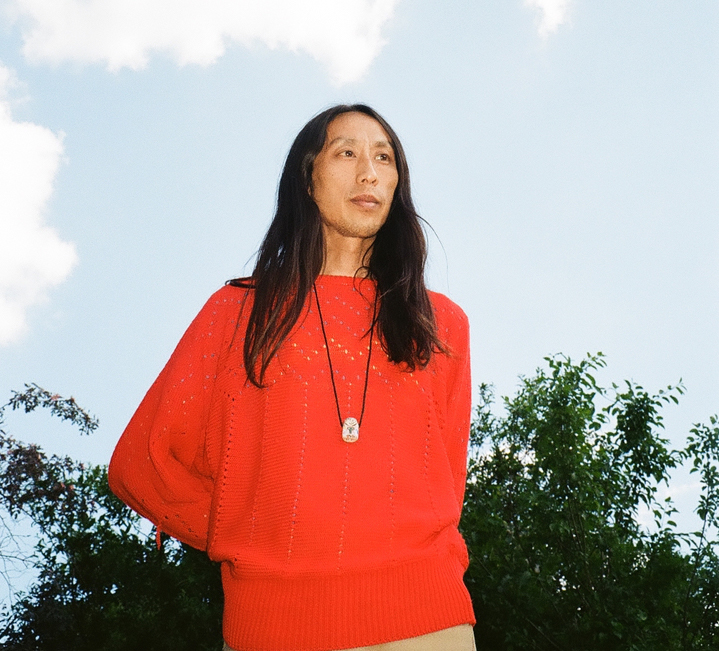 Tim Koh has been active in lots of directions and can dress up in all kinds of roles. He is a multi-instrumentalist, ex-bass-player of Ariel Pink’s Haunted Graffiti, music blogger and producer, visual artist, film maker, chief of  “Kokonut Trip” radio show and the first interviewee of a newly relaunched Calypso magazine.

Having moved from California to Amsterdam, Tim had warmed up us properly before The hiccup cure of Braille Satellite festival. Read up his story right below. Q: Hi Tim, what’s been your musical journey throughout the years? Was leaving Ariel Pink’s band and moving to Amsterdam somehow related to each other?

A: Perhaps, a bit yes. I was married to a dutch woman named Iekeliene, we tried to live in LA but all these animals and insects were following us everywhere and it was stressing me out. It was also just too hot. Also all the people who moved to LA recently have really made it too expensive to live in so we moved to Amsterdam. Having to fly to practice or just do a one off show was too much for me at that time. I was touring so much and I was getting super burned out. I hate flying so I took a leave of absence for a long while from music all together and enrolled into school, recorded music and cooked a lot at home. I fucking hate the music industry, it’s disgusting… but it’s the only thing I know how to do, I can sort of play the bass and a tiny bit of guitar and somehow make a living out of it.

Q: How your current music is affected by Ariel Pink’s period? Any resemblance to those times in you current works?

A: Well of course I’m affected by Ariel Pink. He’s the best, he’s my favourite. I think Ariel Pink just leaks everywhere and affects everyone. I was thinking of different stuff though when I was making the set of songs that I’ve been playing recently. I don’t think it resembles any AP but people will probably just make that association and label it as the same or a crappier take on it, who knows. I don’t care. I hope they hate it.

Q: If we are right, you have run your blog “Lamaraba” for ten years already so we want to congratulate you with the anniversary. How did it all started? What’s the idea behind it?

A: Yes it’s been 10 years, it’s not super active like it was but it’s still alive. It started when all that stuff was big on the internet, all the blogspots. I was collecting a lot of records back then but also got hooked on finding stuff on Soulseek. I had acquired so much music from trading with friends as well. My group of friends were quite good about sharing music with each other and exposing each other to really great music. Eddie Ruscha, Ariel, Andrew (Lovefingers), Tiffany Malakooti, Whitemare, Cole MGN, Jimi Hey and few others, I was finding and learning about shit loads of stuff. We wanted to be a little different than the other blogs and I think we stood out. Now labels like Luaka Bop, David Byrne’s label has re-issued albums that I feel were first presented on LAMARABA. Onyeabor, D Blunt to name a couple. Whitemare is our most popular contributor. Ha

Q: What does the name Lamaraba mean? Is it your pseudonym/nickname or some kind of movement as the blog, for example, had some collabs with other people?

A: Around that time I was interested Aum Shinrikyo, a Japanese doomsday cult founded by Shoko Asahara. They were famous for releasing the nerve gas in a train in Tokyo. He also made music and videos. I was also listening to David Koresh’s music. I thought if I had a cult it would be LAMARABA. I wanted it to have a kind of Indian guru kind of name so it would sound believable, I thought Lamaraba or Ramalaba or RaviLamaRavi but went with Lamaraba. I did it alone but eventually invited friends to make it more diverse. Q: What’s about yours and Connan Mockasin’s project? Could you tell more about it?

A: Connan, Andrew Van Wyngarden and I had plans to make a surf film and score it because surf videos always have crappy music. So we put together a film crew and went to Nicaragua. We also brought some pro surfers with us. It was a really great trip, perhaps one of the best times of my life. There were some creative differences with the film crew that was there though and in the end it ended up just kind of failing. Nonetheless it was such a fun time. I think they still made the film, I forgot the title. I have no part in it anymore but Andrew and Connan might. Sometimes I would play guitar with Connan live. I did a tour with him and Kirin J Callinan and I played in both every night. Those are my only musical ties with Connan, other than that we are just good friends.

Q: How would you picture Braille festival, even though you’re playing prior it?

A: I picture a big, fancy, overly designed building with lots of graphic design everywhere. I imagine lots of people everywhere for the concert, perhaps most of the town is there. On the stage is just a little speaker on a stick. I’m really looking forward!