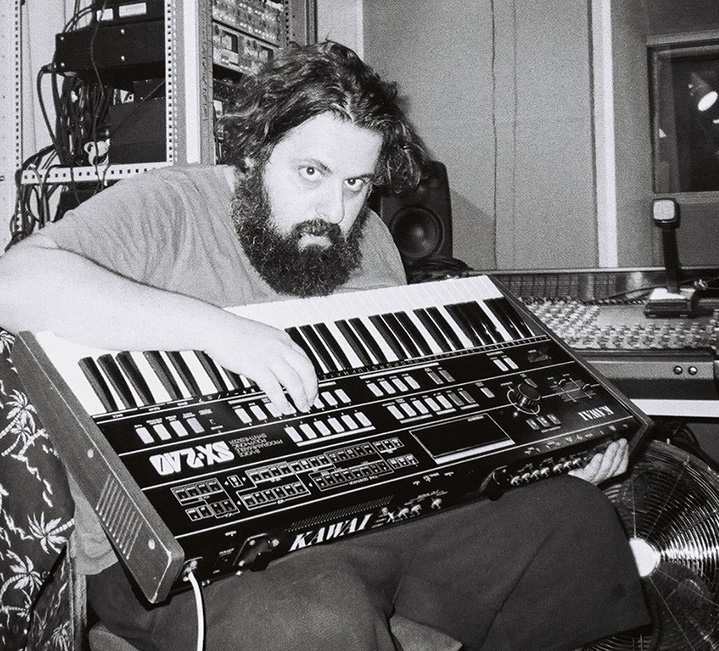 Discovery of Yannis Veslemes was quite accidental but profound. It started with a random mix on Mutant Radio and ended up with endless consumption of his streaming platforms on Soundcloud and Bandcamp that lead to immediate contact with him. 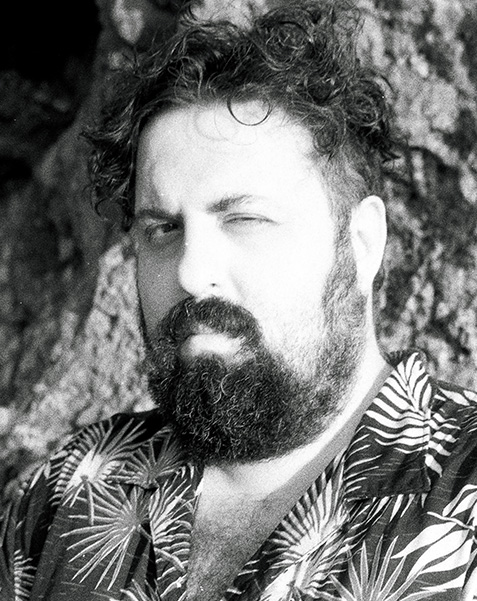 Veslemes describes himself as a film director who regularly scores films and occasionally releases music simply as Veslemes or Felizol. As an artist Yannis stands out with his ability to transform the atmosphere in both his music and films to dreamlike landscapes that might be magical, surrealistic or even morbidly horrific at the same time. In movies, all of those states are well connected with an aesthetic approach that has organic value to it, using special effects with little CGI, creating a feeling that is natural and lifelike. Some of Yannis’ ideas are absurd and humorous. For example in his feature film Norway (2014) a vampire believes his heart will stop beating if he stops dancing and another vampire stops drinking blood because he is addicted to heroin.

In Veslemes music one could hear simple 4×4 club tunes, sludgy hypnotism or even some punkish rhythms all of which carry sound authentic to Veslemes. You might have heard Veslemes before on Optimo Music (Like Cannibal Father Like Cannibal Son, 2014) or might have listened to the scores Yannis made for his feature film Norway on Six D.O.G.S Records, 2015. On the contrary to Yannis own views, we see him as quite an active music producer since one of his pieces was just released on the latest Macadam Mambo‘s Danzas Electricas and many others are on the edge of being published on Won Ton, Invisible Inc. and other labels next year.

We were definitely intrigued by Yannis’ talent to use his creative tools in such diversity and were keen to reach out to him and ask some questions about him and his crafts.

Let‘s start with the topic of filmmaking – when did you take interest in cinema?

“The other thing that probably gives a contextual pace to all of the films is my lack of ability not to juxtapose serious things with non serious, tragic with comedic events… even in the same scene.”

After high school at the age of 18 I went directly to the film school. Before that, from the age of 14 I was constantly into watching films in the cinemas, VHS in my home and also shooting still pictures and amateur super 8 films.

Your movies seem to be connected through rhythm, sound and festive energy, as well there is a touch of mystic and humour worldview within. What is the artistic source for the way you express yourself and stories you choose to tell?

Most of the time I start with an abstract feeling, not a story. I usually try to follow this till the very end, even when the full concept, the storyline and the characters are in place. This, let’s call it initial feeling, needs to stay with me till I have finished the piece. When I witness it on the screen I feel ok. Even If I have compromised or failed in other aspects (and in cinema this is a constant battle!) I try not to betray this feeling that originated the whole thing.

The other thing that probably gives a contextual pace to all of the films is my lack of ability not to juxtapose serious things with non serious, tragic with comedic events… even in the same scene. This is the way I see life in general and rarely it changes in a film. 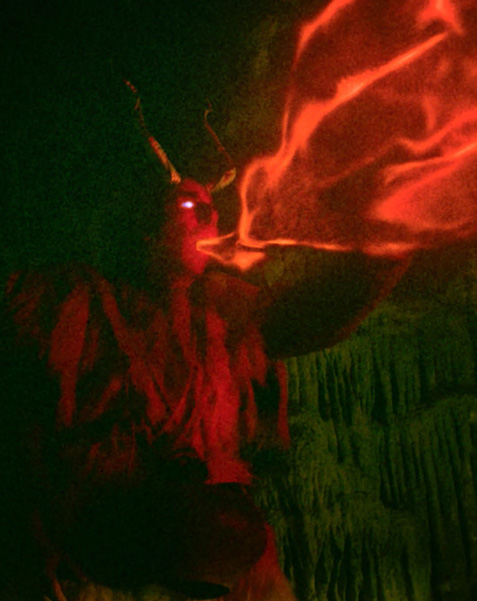 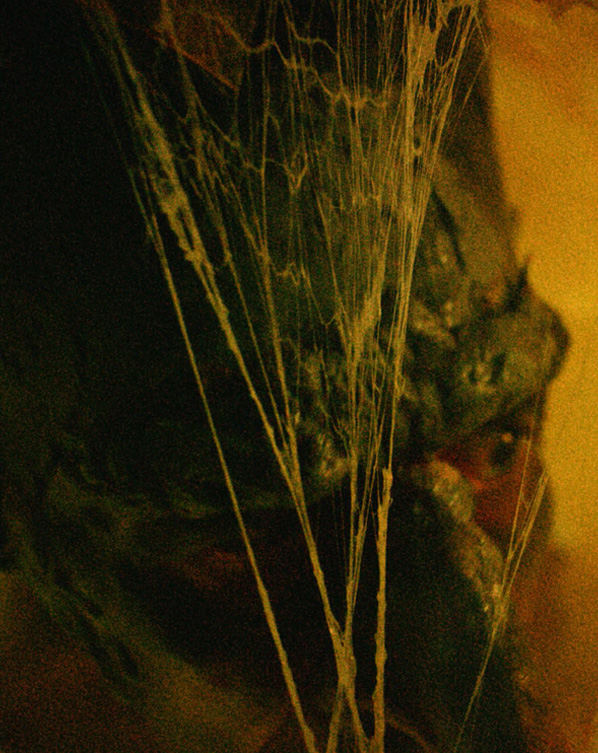 I have watched your short OSIKI which was in Greek only and I was able to get fully immersed into the movie, it felt like I understood everything without the need of language. Did you produce it in some special way to lead the spectator through the story?

This short (OSIKI) and also my segment in the anthology of The Field Guide to Evil share this “domination” of the visuals. Words and dialogues exist but their functionality is complementary. In the Field Guide half of the original Greek dialogue is an odd mixture of local dialects and self invented expressions that even the Greeks find it hard to understand without subtitles!

In the feature films such as Norway, things are a bit more linear, there is a need to feel the characters and follow the story in a more “proper” way. In my upcoming feature film (now in development) She Loved Blossoms More I am trying to invest even more in the drama and the long narrative form.

“In the Field Guide half of the original Greek dialogue is an odd mixture of local dialects and self invented expressions that even the Greeks find it hard to understand without subtitles!”

It’s not so common to meet artists who both score and direct their movies. How is filmmaking and music production related to your creative life?

You definitely need to become two separate people sometimes. Music is an easier task – at least the music I do. Filmmaking is so tough and time consuming and full of anxiety. I am not referring to the creating aspect of it. To make a movie is 90% balancing people, battles, compromises, bad sleep with very weird dreams. But this 10% of pure creativity is a reason to live even when you are forced by the procedure to film something every 4-5 years. 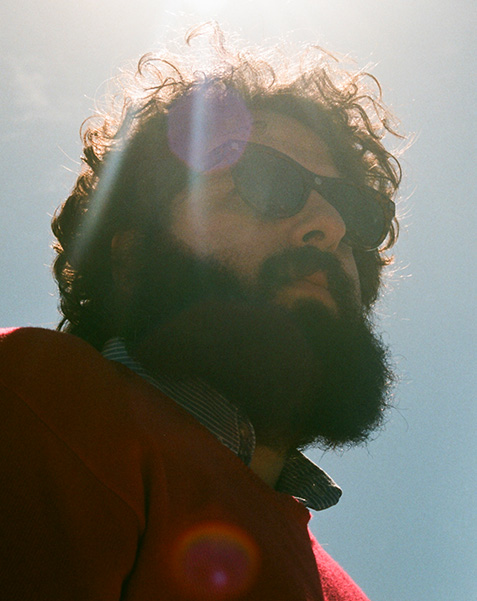 Music you create is flexible and touches a wide spectrum of genres, yet the presence of Giallo in many of your works is something that took my attention. What is the backstory that led you to the sound aesthetic that could be felt through many of your personal releases.

Both in films and music there is this umbrella of influences from the 70s and the 80s. I was born in 1979, so yes, the Italian giallo or  horror films and their lovely soundtracks, weird US sci-fi literature and obscure Greek flicks have become starting points of creation for me.

Gradually the early 00s party scene took its place in the mix and these 4/4 hybrids started to pop in my world. Funnily enough my first “real” release was a track in a Gigolo Records compilation back in 2007.

Yet, I am not obsessed only with the quirky aspect of things. Reading, travelling around, walking in the woods, drinking coffee and tea with friends (you know, adult stuff) is also a big thing in my life right now.

I find your music emotionally deep. One of your tracks ‘I Know Where You Live Vangelis’ released on Byrd Out, opened a stream of pure dreamy happiness within me. What place in your music has emotions?

I don’t really know…For some reason I always felt that my electronic and dance stuff are cold and distant compared to the soundtracks I compose or my Greek “pop” albums (like Parnitha). Yet, gradually it is becoming a mixbag of things, hopefully in a good way. Experimental, pop, dance, sad and happy all in one. 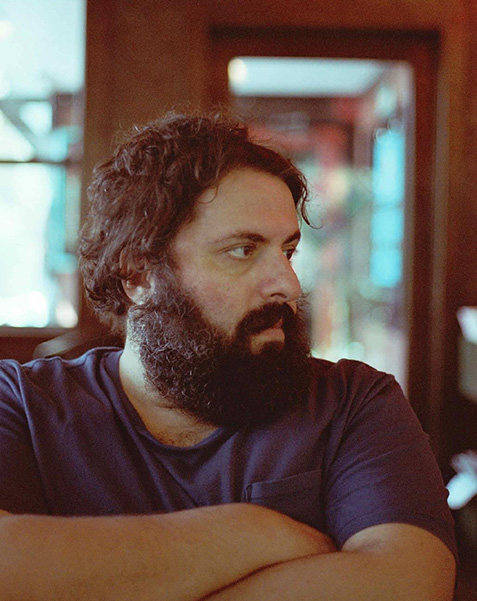 Greece has a rich history, but in schools we are taught only about its ancient culture. What could you tell us about modern Greek history and culture, how much is it relevant to your creativity and expression?

Yeah… contemporary Greece is a mixbag too – not always in a good way. It’s a land full of contradictions. Greeks are capable of the best and the worst. Our political situation right now (2020!) is one of the worst since the coup of 1967-1974. The right wings are rephrasing their motto of “motherland, religion, family” in an updated hateful manner. Hopefully the younger generations can and should change this course of disaster.

Between the bleak moments of the crisis (as it happened in previous interesting decades, such as the late 70s and the 80s) there are memorable things happening in the arts and literature. I always find a refuge in Margarita Karapanou’s books (Cassandra and the Wolf 1976, The Sleepwalker 1985), in the Greek cinema of the same era (films of Nikos Nikolaidis, Stavros Tornes, Nikos Papatakis, and many others).

For that reason I am also a co-curator of the film club The Lost Highway of Greek Cinema that operates in Athens for the last five years and presents Greek films (60s – 90s) in proper 35mm cinema screenings, produces articles and books on the subject and lately restores films that have come near to extinction.

Who are your heroes in the artistic plane of existence?

Since we have started the talk of modern Greek culture, I can mention and share some links of artifacts that have shocked and still shock me with their beauty. My favourite is probably the splendid horror noir Singapore Sling (1990) by Nikos Nikolaidis

Vangelis, is the superhero of electronics of course. I really love one of his most improvised and experimental albums, Beaubourg (1978).

If you are into bizarre TV stuff I can recommend watching Froutopia, a 1985 weird puppet show based on the children books of Evgenios Trivizas. His books and this TV show definitely infected my upbringing in Greece of the 80s.

You will have several releases in the future, one of them will be on a well known label Invisible Inc. and the other on a new Greek label  Won Ton. Tell us more about the music you will release there. 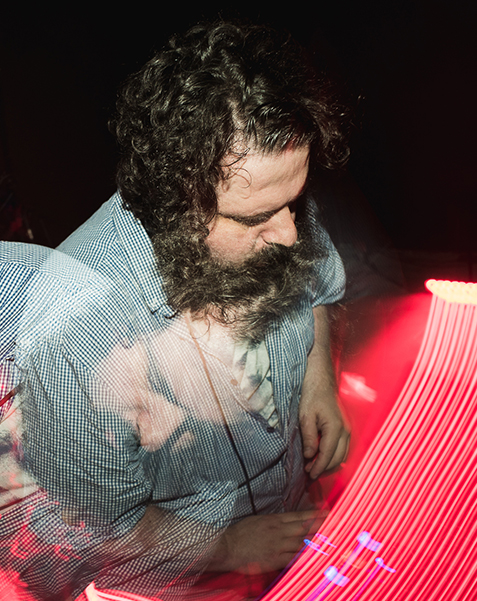 Around February these two albums will come up. They are both coming from the same matrix. I have spent a long time in the studio recording them with Athens based musicians and mixing them with Giotis Paraskevaidis properly on the desk. Apolithoma (in greek means fossil) is a love letter to the literature of JG Ballard (The Drowned World, 1962 & The Crystal World, 1966). It will be out on Invisible Inc and it is the more organic and jazzy one.

Pigeon Post Knossos is a fantasy dance album taking place in an alternative universe of ancient Greece. It’s darker and electro fused and it will be released on Won Ton. It will be the 3rd release of this new label that is operated by two great electronic artists Thomas (Metaman) and Padelis (Regressverbot, Athens Computer Underground). Their goal is to support local based musicians that are interested in unclassified electronic music.

Well let‘s not forget other releases as well, please say a few words about them too.

A couple of more dancefloor friendly EPs will be released in 2021. The one in Calypso Records and the other in Rotten City. Also there will be another “pop” greek LP called O Exorcismos that will be released next year.

In early 2021 a double LP compilation I am curating for Ilias Pitsios will be released on Echovolt Records’ superb reissue label Into the Light Records. Along with Ilias for the last four years we were working on this release that is called GOST – A Spiritual Exploration into Greek Soundtracks (1975 – 1989) and it’s what the title says. And finally it follows the soundtrack for Rinio Dragassaki’s film Cosmic Candy, which is a film I really love.

(you can watch the film here: https://spamflix.com/)