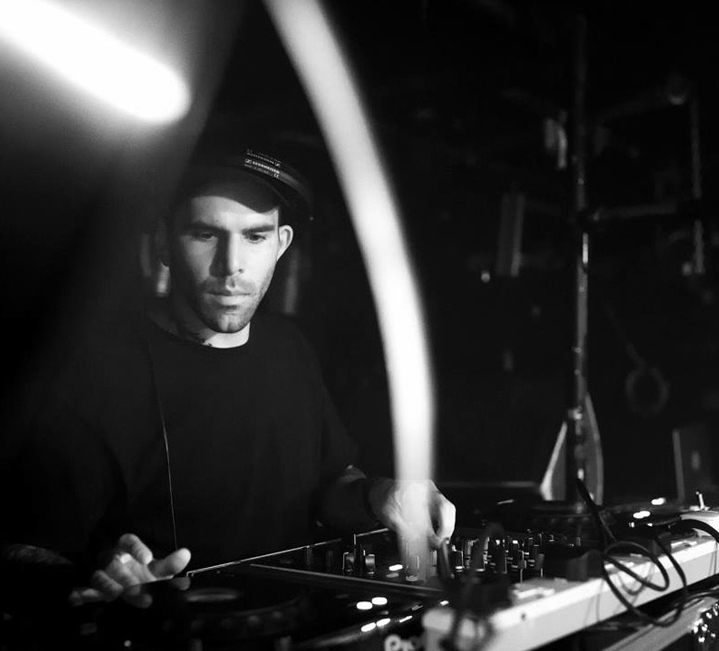 Trenton Chase has his own take on music when it comes to production and its peculiarities. In fact, talking with him about the techniques behind, feels as if each artist is meant to have a love-hate relationship with his own gear all the time. Keeping this in mind, that’s an obvious standpoint of a believer that the music produced will reach its audience way further than expected.
This is exactly the type of artist I’m talking to this time. Right before appearing this Saturday in Vilnius’ club Kablys, Demitri aka Trenton Chase speaks about Greece’s electronic music scene, his personal project and Manie Sans Délire duo together with June and risky, yet most fun parts of a live performance.

You’re Greek, currently living in London. Excluding the reasons of moving to another country, could you share anything from Greece’s music scene that shaped your taste?

Rhodes is a highly active island especially during the summer season which is about 7 months out of the year.  A lot of tourists visit so you are always around different people and get exposed to different cultures.  The island is known for it’s strong ”clubbing” history, so when I first started going out, I would always hear stories about how much better it was back then (which I’m sure it was but, was it really?). There was never a strong underground scene here, but you were always around dance music every time you went out. The drinking age isn’t really enforced, so we would start going to clubs when we were about 15-16 years old. I left Greece when I was 17 to finish off high school and college in the States, so I can’t say that Greece is the only factor that shaped my taste in music. I don’t know, it could be those cheesy aerobics classes my mom took me to when I was really young.

Do you participate in your country’s underground music scene nowadays by any means?

Yes of course! I think it is essential to help the scene grow. The music scene is mainly divided between Athens and Thessaloniki, with most events happening in the capital. Greece, in my opinion, has always had a strong presence when it comes to DJs and producers. It is important that there is a lot of support between them to keep things going. This isn’t always what happens because we are not known to support each other, and we suffer from Xenomania. Just because you come from somewhere outside of Greece, it doesn’t mean you deserve better treatment or a larger fee than the local talent. Your friend June has once said he has quite a bit of connections over here in Lithuania. Could you tell about yourself regarding this – how much are you aware of Lithuanian electronic scene in general and have you ever played here before?

I was not very familiar with the Lithuanian electronic scene until I met Ernestas Sadau. We both lived in London at the time, so I played for a few of his Digital Tsunami parties and then eventually made it over to play in Kaunas. I have a few friends from Lithuania who are involved in the scene and also make music, so I keep up with things from them.

Any particular news regarding your and June’s co-project June Records? How difficult it is when there are two people participating in creative process?

Two people working together creatively is one of the toughest things for me to do. The reasons are way too many, but when it comes to June Records and our project Manie Sans Délire, this is not the case. T and I have a similar perception, appreciation, and vision with music. We find common ground in most things we do. Although we are completely opposite characters, it just works out. I’m sure there are moments, though, where he probably wants to punch me really hard in the face.

“Live performance is also a bit risky, shit stops working, and your modular synth goes out of tune, but that’s what makes it fun. Tuning oscillators while playing live is definitely an adrenaline rush.”

“Deadlock” LP came out in 2017. Any other personal music you’re working on to be released soon?

In 2018 I have spread my focus on way too many things, making my release schedule quite dull. Even though I’m regularly working with my synths, I’m not disciplined in recording a lot of new material. Overall, I’m trying to cleanse my ears from the worn out clichéd 16step sequence served with a side of over the top loud as fuck kick-snare pattern. I like sitting on new tracks for a bit before they are released. There is way too much music coming out right now, let’s chill out and stop using extreme compression and distortion for no reason. There will be a new Trenton Chase EP coming soon and two tracks released on compilations from Phormix and Public System Recordings. Other than that I’m currently working on two new soundtracks. One for a modern dance performance and another for a short film.

Despite from running the June Records equally together with June you’ve also created the already mentioned Manie Sans Delire duet. What was the reason of starting it and how different is the sound from your Trenton Chase project?

At the time I was visiting June in his Berlin studio, and we were talking about his live set. We were both joking around about starting a ”band”, so I started screaming and dancing. One thing leads to another, and we made our first track Altagswut. We had lots of fun doing it, so we kept on going. It was a great excuse to visit each other and just hang out. I think Manie Sans Délire combines everything we like from each other’s music into something new. Our production approach is the same with minor differences in the recording process. Perhaps my solo stuff is a bit different in the sound design and structure part. It’s hard to say what’s really happening, as Manie Sans Délire and Trenton Chase are not projects that focus solely on one style or genre of music. Maoupa Mazzocchetti has previously appeared on Calypso, too, and is also known for his graphic skills. In fact, he’s made a cover artwork for your record “Deadlock.” Could you elaborate more on how did that happen?

Running a label and releasing records isn’t always the easiest thing to do. We would always design the artwork ourselves. That takes time and a lot of effort, especially if you aren’t a graphic designer. We try to release a variety of styles with every record so we thought it would be a good idea to switch it up a bit. Maoupa is a talented designer and musician who has his own unique style, and I wanted to see what he could come up with after listening to the music.

Following up this topic – both Maoupa and you came up with artist names that are aliases to serial killers. What’s up with that?

Before my first release, I was producing music just for fun with no intention of putting it out. June then told me he was interested in doing a release for the label. At the time I was obsessed with serial killers and spent a lot of time reading about them. One stood out the most…Trenton Chase.

Now speaking of your sets – is there any particular track that currently sets your and dancefloor’s mood right?

I believe in combinations of tracks that lead to a mood. A mood that can be different each time, even if you are playing the same songs in a different order. One track isn’t enough for the whole night. The way you get to that state is what matters to me. Avoid the ”bombs” or the safe tracks. Take the long road there, and you won’t regret it.

You’re coming to Vilnius’ Kablys club for a DJ set, right? In fact, how different is Trenton Chase as a DJ from a live performer and which would you prefer more yourself?

Nope! It’s going to be a live performance.
I started out as a DJ way before I even started making music, so I’ll always have a soft spot for that. When I DJ, I rarely play my own music, but when I’m performing live it’s all mine, so I am to take the blame. I feel like there is more responsibility when playing live, as opposed to DJing. Performing live happened for the first time when June and I played together as Manie Sans Délire. There are times that I will hate it, especially when you are carrying around all that gear, or when the promoter doesn’t get anything you need from the rider with no time to soundcheck. Live performance is also a bit risky, shit stops working, and your modular synth goes out of tune, but that’s what makes it fun. Tuning oscillators while playing live is definitely an adrenaline rush.

Thanks for the time, Demitri, we really hope your rider will be fullfilled this time.
Tuned oscillators and other effects of the night can be observed this Saturday – Schlag: Trenton Chase 10-27.