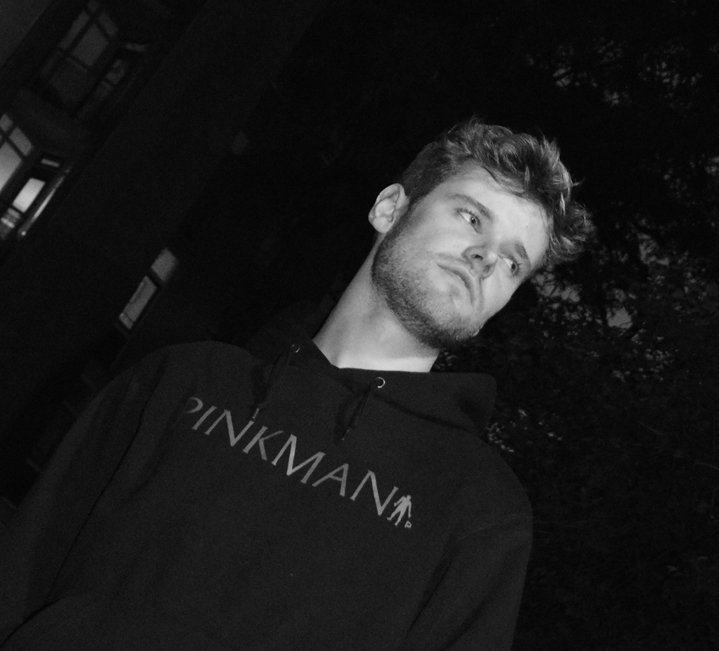 With a second solo EP soon to be released on the reputed Pinkman label and on the back of his first international gig in Lithuania (not to mention him soon headlining our magazine launch in Berlin – click here to attend), we thought it was about time we got hold of Gamma Intel – a young DJ and producer from Rotterdam whose industrial-tinged electro is making real impact.

Can you try and introduce and describe the sound of the Gamma Intel project?

I can try. There are two sides to it: production and DJing. I make a clear distinction between the two. For production, it’s influenced by a variety of electronic music including electro, wave, tribal and more percussive stuff. For DJing it’s maybe a little different; I really enjoy slow beats and creating these kind of mysterious and haunting atmospheres. This is also why doing radio shows appeals to me, as you can easily take away borders between genres and really concentrate on crafting an atmosphere and taking it wherever. Club-wise I lately feel that I’m moving quickly between different sounds. A while ago I really got into early 90s techno and rave again, although currently I’m listening to a lot more New Beat and EBM.

Has the sound of Gamma Intel changed since the beginning of the project?

Yes. I think my sound changes constantly. Digging into new music feeds my inspiration for production. I’ve also improved in the last few years, both in sense of production skills and musical knowledge, and this developed my sound for sure. I feel I know better what I want to produce compared to a few years ago. The same holds for DJing – I have been playing a wider variety of genres than I did two years ago. Back then it was mostly club music rather than wave, ambient or dipping below 100bpm. Where’s the name from?

Aha! Gamma Intel is a combination of the Greek letter Gamma and Intel, which is short for ‘Intelligence.’ I came up with the name quite randomly, but figured out that it somehow made sense. I study mathematics and have a strong interest for the phenomenon of artificial intelligence, so I thought the name would reflect these two interests.

Who are you being particularly influenced by right now?

You can maybe guess that one. I do have to say Identified Patient. Job (Identified Patient) has always been a huge influence for me as we’ve known each other for a long time. We’ve been talking about music for many years now, and it’s really inspiring to see someone close to you putting so much time and effort in something you have a shared interest in, and seeing that the passion pay off.

What has he taught you specifically?

I’ve known him since we were high school kids, and he’s a helpful guy. He prepared me for some stuff that he thought I might experience after my first release – some words of warning as such, and some learnings from what he encountered after his first release. One of the foremost things I can think of is him telling me that whenever, as an artist, you put yourself into the spotlight (releasing a record, for example), you should always take into account that there will be people in the industry who will try and profit from what you do. Therefore, it’s important to make sure that you somehow keep on reaching for a higher goal, and don’t compromise in the early stage of your music career.

“It’s incredible how electronic music scene is so big in Lithuania among young people, they all seem to understand what clubbing is about and how to create a rave.

We come from slightly different production backgrounds. I think he never touched a computer to make music until a few years back, whereas I’ve only just started figuring out hardware. I never had any instructions when it comes to making music – it’s all pretty much DIY. However, I think that’s also where my sound comes from. It’s pretty much me fucking around with a computer. The drawback of working with a computer is that you have infinite possibilities to shape your sound which makes it easy to forget what you were working on in the first place. I think one of the most useful things that I learned from Job is that your sound does not have to be perfect as long as the the idea and the atmosphere make sense.

What do you study?

I study the Statistical Science track of the Data Science Masters at Leiden University. It is incredible how much data there’s going around and how many companies have an increasing amount of power while we, humans, feed them more and more data. I think it’s quite a dangerous development, but that also makes it super exciting for me. For me, music is almost like studying. I thought about fully focussing on music after finishing my Bachelor’s degree in Amsterdam, although I felt I wasn’t really done studying yet. With these close influences around me like Identified Patient, Pasiphae, Job Sifre, Mad Miran and other young DJs my age currently making big steps, it definitely motivating to make the switch to music one day. However, at this stage, I feel like combining both is most satisfying. Your drums are pretty distinct. Can you talk a little about the process of making them?

Sure. Since most of the stuff is digital – I sampled from some grooveboxes when working on the brokntoys EP, but then these samples are processed again in Ableton – I tend to beef my drums with distortion units. I think that multiband distortion is key for creating my punchy drums, since you would like the low end to remain relatively clean, while you can really destroy the high frequencies on a drum sound to make them stand out in the mix. Applying different drives or distortion modes on different frequency ranges allows me to make technically anything from any drum sound. However, it’s important to be really careful while doing this. When stuff doesn’t work out as I thought it would, often it helps to reduce the effect that I applied. It sounds cheesy, but less is really more in this technique. Besides using fancy distortion plugins, I feel that just a simple EQ also does the trick often. But then again, it took me about ten years to find out how to use all this, and sometimes I still don’t know exactly what I’m doing. Lastly, careful sidechaining to other elements is key to make the drums take the lead in the mix.

Are you finding DJing or producing more fulfilling?

At the moment I think I find DJing more satisfying. I did not use to play as much as I do now, so maybe since it’s quite a new thing, I enjoy it more. I was always digging into music and looking for new stuff that I like, but not playing very often. I think playing more has definitely contributed to a better balance between producing and DJing. I think the monthly show at Operator, and now also at Intergalactic FM – Onderwereld, has been a good development for this. Too much producing can easily drain my inspiration, and I’ll end up producing for a few hours and end up with a shit track. In the end, a good balance between everything you do keeps the mind fresh.

Is there a particular gig that stood out for you in the past few months?

I was invited by Mantas T and Ement to play at Lizdas in Kaunas, and this was so much fun. I could not have wished for a better crowd, I was really feeling that my energy was directly transmitted to the dancefloor with a night full of electronic endeavours as a direct result. I also met some really cool people there. It’s incredible how this scene is so big in Lithuania among young people, they all seem to understand what clubbing is about and how to create a rave. You recently became resident at the new club JACK in Amsterdam. How did that come about?

Although she is currently not working for JACK anymore, Esther Duijn asked us for a residency and she pushed us forwards. As a result, we have a bi-monthly night. We suggest line ups and then they book them for us. In the near future, we’ll have some New Beat and experimental electro as well as a big EBM heavyweight on the way. We also have a regular night at Garage Noord – there we’re trying to book artists we think deserve more recognition.

“I think it’s important to have a solid basis first and really know well what kind of sound you want to put out before collaborating.

Tell us some tracks that you’re really enjoying playing out at the moment.

In no particular order:

I must say it’s hard to pin down a few tracks, but these are a few I like to play lately. If you would ask me in a few weeks it would probably be a different selection. Recently I was checking out some really nice 90s techno again, then more electro, more New Beat, and now its Dub and Breaks. It changes all the time.

You’re playing regularly with 543ff. Are there plans for a project together?

I met Mitchell (543ff) about a year ago. He found out I was making music and invited me to his radio show, and since then we became friends and share a lot of music and play b2b every now and again.
I’d like to focus on Gamma Intel first, though, before I start to work with someone else. Most of the time I have a lot of trouble being on the same level as another person when making stuff. It’s maybe because of my DIY software approach, I have my own way of doing stuff and sometimes I see people do something in an inconvenient way and I can get frustrated easily. I think it’s important to have a solid basis first and really know well what kind of sound you want to put out before collaborating.

Gamma Intel will play alongside Rugile + Club Ritmica at our magazine launch party in Sameheads, Berlin on Thursday, 6 December.