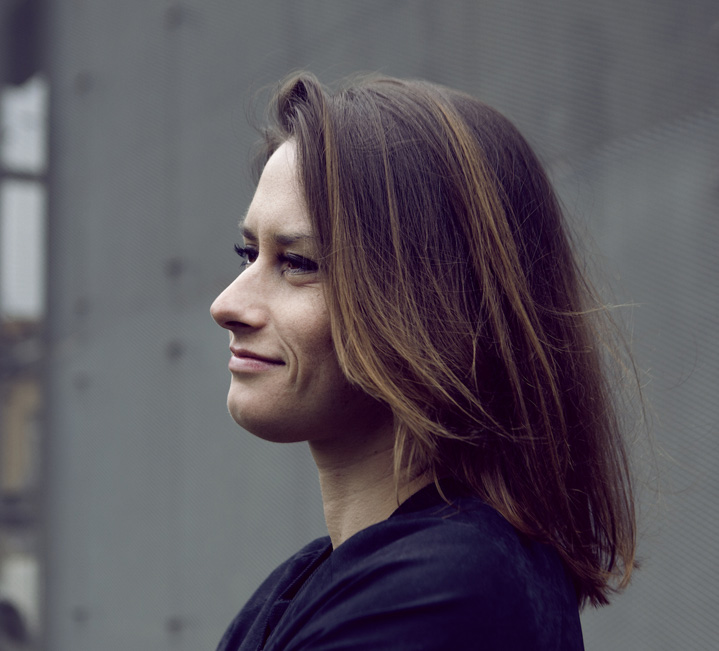 Last edition of Nachtdigital has already passed, yet we’re still keeping up with the updates from the event and its beautiful location. This time, we approached Olivia to speak about her music career and her first ever DJ debut outside of home country, which happened to be Nachtigital, exactly five years ago.

If I’m not mistaken, your first time playing here was in 2014. Do you have any memory from that year?

Yes that’s correct. I have a lot of memories because it was also my first ever gig outside of Poland. For 9 years I was only playing in Poland. When Steffen Bennemann came to Unsound Festival in 2013 and heard me play he decided to invite me to Nachtidigital. He was the first ever promoter who booked me for a gig outside of Poland. It was really special for me. I was super stressed, crazy stressed actually but also extremely excited!

Which stage did you play on?

“Steffen Bennemann was the first ever promoter who booked me outside of Poland, so for me it was really special.

I was playing on the main stage! It’s funny because I had already been playing for 9 years, so I knew how to DJ of course, but playing abroad for the first time, in a festival on the main stage, made me really nervous. When I finished it felt so good, it was an amazing moment. I have so many good memories from that gig. The crowd was so nice, so open. Since then, I’ve been going to Nachtdigital every year. Not performing every year but always here! This gig in 2014 really opened a new stage in my DJ life. After that I started receiving more bookings abroad and everything really started to move forward from there on.

This year is also very unique for me. I will play twice, in the tent and at ambient stage, both are new to me as I was playing at main stage so far. Looking forward!

You also have a project with Stefan Bennemann & Chino called Morskie Oko?

Yes, we started working together two years ago, we perform together, all three of us. It’s like a mixture between a DJ and live set. You have a lot of different activities in Kraków. You used to be a booker for Szpitalna 1, you also have a party called We Are Radar where Beau Wanzer, Stingray and many others played. Do you think the fact that you are connected to different areas affects your selection when you’re playing?

Yes, it definitely does because when you’re working in the music industry as a booker or promoter, you have to go deep and discover new artists. That’s the way I was doing it. Before working at Szpitalna 1 me and my two friends were owners of a club-gallery called Radar where we were presenting art and music not usually seen in Kraków on the daily basis. I wanted to show the Krakóws public new sounds and interesting works. This means that sometimes I was booking totally unknown names, of course I didn’t avoid those more known artists, but recognition was not the biggest factor. I had to like the music to decide on booking, did a lot of deep research as well. This way of thinking continues when we do bookings for Radar parties. Radar is a party cycle I organize with Chino & Kinzo Chrome for over 7 years now.

As a DJ you are also expected to be a good selector, that’s obvious, but those experiences made me broaden my horizons and go outside the box. Thanks to working at the club, I also met a lot of really nice people. We created a community. It’s really a great thing. Actually, I think it’s the best thing about working in a club.

The underground in Kraków seems to be a very tight scene, a bit like a community?

That’s true, we all know each other. The scene is pretty small as there are actually not so many clubs in the city. They also change a lot (either close or move locations). Kraków became a very touristic place, that’s disappointing when one district becomes too popular, turns more modern, the rents go up and the clubs as well as citizens have to move further from the city center. It’s an ongoing process of moving, looking for new spaces, searching for new audiences. How would you define the scene in Poland or in Kraków in particular? It seems like there’s no in between, on one side the underground and on the other – this capitalistic / mainstream / touristic scene pushing?

There’s no middle ground, that’s correct. There are these hardcore conservative catholic people and there’s us. It’s really two different worlds. There are a lot of mainstream clubs, shitty discotheques where some DJs are playing but you don’t want to go there, believe me!

I saw you put out a tape “Skawa” last year.

Yes, it was released on the Polish tape label K-Hole Trax.

I’m guessing, you’re more concentrating on the selector and DJ side of things at the moment. Is producing music something you’ve put aside or is it more a question of time?

I did those tracks (“Skawa”, 2018) 4 or 5 years ago. Then I started working in the club, also playing a lot, so I didn’t have time to sit in a studio and work on my music. Working Monday to Friday, then preparing for my sets, travelling each weekend, I just couldn’t find the time. Looking for music, selecting it for my sets also takes a lot of time and energy.

When the club started to be more popular, I stopped making music for 2 years. After a while, I realized that producing and playing was the only thing I wanted to do, so I slowly made the transition, working less and less in the club and finally leaving the club.

For a year now I’m working on my music, making new tracks. Now I’m focused on making music and playing.

I saw you’re also playing Dekmantel for the first time right after Nachtdigital?

Yes, I’m very happy to perform at Dekmantel but at the same time I’m quite sad to leave Nachti so early. I’d love to stay till the end, especially because it’s the final edition of the festival and this place is so special to me. But I also wanted to play at Dekmantel. So I will use every moment of Nachti to the full before I go to Amsterdam!