In A Rush With Interstellar Funk 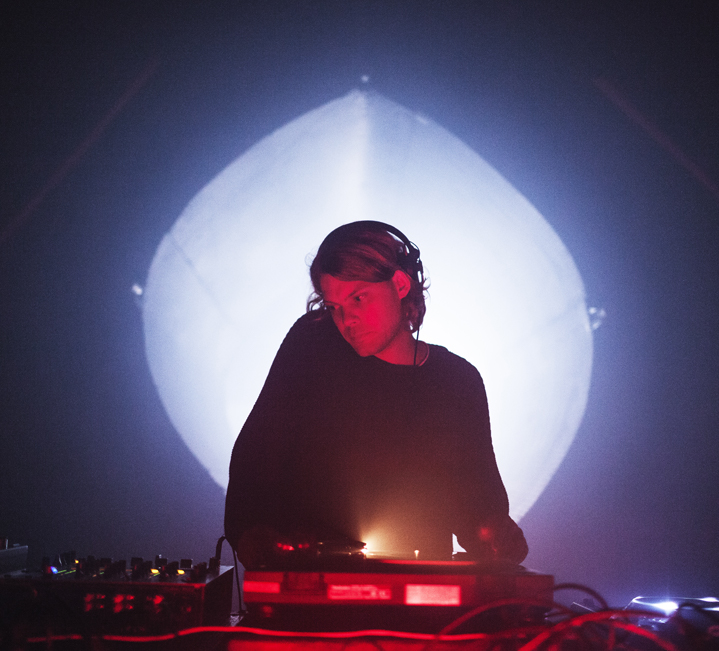 Olf van Elden aka Interstellar Funk is one of the special weapons of Amsterdam when it comes to speaking about city’s electronic music scene. Having been amongst records longer than his CV states, Olf has risen achieving success in such labels as Rush Hour, Berceuse Heroique and L.I.E.S. Analogue electronic music is the tool he’s leading his listeners towards futuristic sound journeys and in our interview Olf speaks of his relationship with music and labels, also teaches us some secret moves from his personal one – Artificial Dance.
We had Elena Colombi speak with us the moment Calypso was just launched, this time we have her pal from their B2B sets worldwide talking here. Stop whatever you’re doing and jump into our sprint with Interstellar Funk.

“I do a lot of different things within music and they all give me inspiration and energy in different ways. I work at Rush Hour, I have my own label, work in the studio and do gigs, so it’s not that I get stuck within one thing, it’s changing daily and that also keeps it interesting for me.“ Q: Hi Olf, nice to meet you. Could you please describe shortly what is the current sound of Interstellar Funk based on your previous releases and your owned label “Artificial Dance”?

A: I don’t think the music I play or release is specific to one sound or genre. It can be anything from any year, country or style. This varies per moment and mood and can be different per night.
With the label I try to release music that didn’t come out on vinyl before and I work mainly with artists that are new or haven’t released much music.

Q: Your taste over, let’s say, a decade, has obviously changed and it wouldn’t even be healthy to play the same records anymore. However, is there anything you would never get rid of and still spin at some party?

A: My taste and interest has grown and I hope it will keep evolving, but I wouldn’t say it completely changed, I still have a lot of records I bought 10 years ago. Interests come and sometime become less significant during a certain period or for specific moments, but I’m still interested in most of the music I found since I started collecting it.
I really enjoy going through my collection and rediscover old records I haven’t played for a while. I do sell a lot of records to keep my collection clean, but 99% of the records that I’ve at home are records I would still play or listen to. Q: Also, which of your own tracks would you say suit your current sets?

A: I don’t play my own tracks often, because there is so much other great music to discover. But I recently finished a project together with Parrish Smith, I think those tracks fit in the best at the moment.
Some other older tracks I’ve played a few times are Faster Action on L.I.E.S, Cable 54 on the Rush Hour 12” and Private Eyes on Safe Trip.

Q: The first person interviewed on Calypso Magazine was Elena Colombi and it is very nice to finally have you here, too. Could you tell us more how you clicked with Elena in the first place following your frequent B2B sets worldwide?

A: This grew very naturally, since we played together at De School last year which wasn’t planned beforehand, but we decided to do it and we enjoyed it both.
We get requests now and then but we only played together a few times so far. Our interest in music fits well together and it’s also just more fun to play this way after being away by yourself all the time.

Q: Tell me more about “Artificial Dance” as a label and a radio show – what was the idea of starting it? And as for radio shows – is there any specific concept the sets are tied to?

A: The idea of the label started after Job Sifre and I met and decided to work on the release together. I had a few ideas in mind where I worked on the last few years and this was the final push. I was already doing a radio show on Red Light Radio for years, but after I started the label it was a good moment to start a new series.
The music I play at the radio show is an extension of what I release and play in the clubs and what I collect. It’s a perfect output of the music I found but which I couldn’t fit in during a club night.

Q: You have a greek producer and DJ Pasiphae recently released on your “Artificial Dance”. Can you elaborate more on how you came up with this and how you thought her sound would fit the label?

A: Pasiphae aka Fotini lives in The Hague and I already know her for a while. After we had a nice dinner at her place before I had to play in The Hague, she played her tracks and we decided to work on a release.
I enjoyed the personal aspect of running a label a lot and it’s worth so much more to me if I know the artist personally. It’s more fun and the final product will be better if you fully trust and respect each other. Q: Any other important and exciting plans set for Artificial Dance in near future?

A: The next release after Pasiphae will be a compilation by King Ende Shneafliet which is a Dutch wave band from the 80’s also known from their releases as C. Stein or Doxa Sinistra. The comp will come out in parts and the first one will be out at the end of September. I’m also working on a release by a new project from Identified Patient and Hugo van Heijningen called Stallion’s Stud and which will come out in October. I’m also working on a Hypnobeat 12” with old tracks that never came out before. But not sure when it will be out yet.

Q: Imagine there were none of the labels you are associated with right now. Which other ones would you highlight and why? A: There is so much good music coming out nowadays and there are so many different ways to discover it but these are some labels that come up on my mind first; Melodies Souterraines, Bedouin Records, Dais Records, Mannequin and Blackest Ever Black. If you don’t know these labels you should certainly check them out.

Q: Being in music industry all the time could be quite tiring and might sometimes lead to inspiration loss. What is your opinion about all that?

A: I do a lot of different things within music and they all give me inspiration and energy in different ways. I work at Rush Hour, I have my own label, work in the studio and do gigs, so it’s not that I get stuck within one thing, it’s changing daily and that also keeps it interesting for me.

Q: It’s not your first time playing in Vilnius. How did you find the previous line-up alongside Heap, Inga Mauer and Manfredas?

A: I was really impressed by the club, the sound and the crowd. The line up was great and the people seemed to enjoy it.
East of Europe is by far my favourite part of Europe to play in. It’s so much different compared to cities like London, Amsterdam or Berlin.
But it’s already a while ago I played in Vilnius so I really look forward to be there again.

We’re also very looking forward to having you here for the second time, Olf. The dance floor is being prepared for some faster action happening this weekend, as Opium’s homeboys assured us, and we’re getting our outfits ready here on Calypso. For all of the readers – better prepare yours, too.