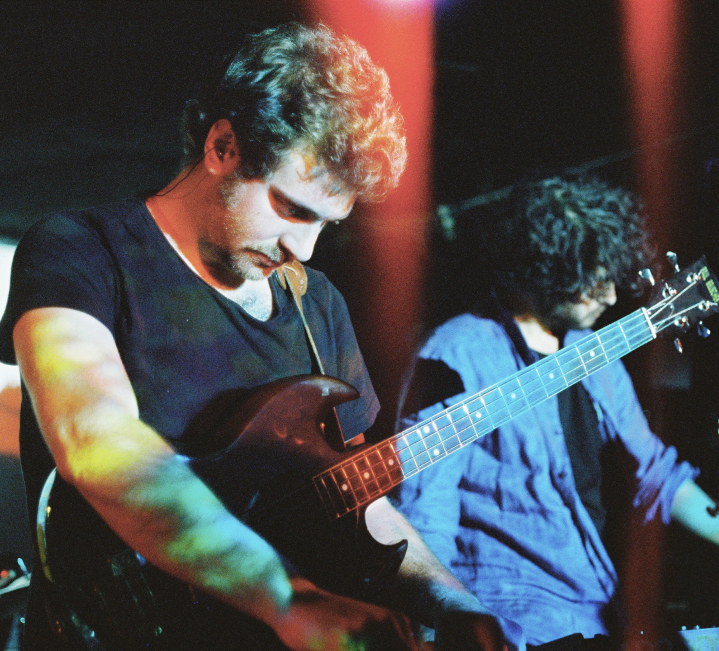 Somewhere in the woods outside Lyon, there’s a portal to the unknown horizons of the mind leading through the musical pathway of three people, together known as Ashinoa.

To this day, the kraut-rock outfit has two releases under their belt, showcasing the band’s natural metamorphosis from techno-rock blenders (“ASHINOA”, 2016) to shamanic instrumentalists heavily influenced by ’70s German psychedelia (“Sinie Sinie”, 2019).

The band has recently been teasing trippy visuals from the video clip for their 2019 track “Hendwe”, directed and created by digital artist Arnaud Laffond, which we are thrilled to premiere today on Calypso.

Before (or after) you dive into hypnotic waves of shifting shapes and colours brought to you by the Lyon-based artist, we invite you to take a glimpse into the band’s universe which they were willing to show us.

We’re curious – what does “Ashinoa” mean? And who is behind your band?

Jérémy: Ashinoa is a band formed by Chris Poincelot, Matteo Fabbri and me, Jérémy Labarre.

The meaning of “ashinoa” was unknown to us at first. We later found out that it means “by the presence of a good spirit”. It was a friend tattooist from Taiwan who explained to us the meaning of it.

Matteo: If I remember correctly, “ashinoa” was the only word sang by a light gadget that Chris had bought in Lyon’s China Town. We liked the way this word sounded and we took this light on the stage with us on our first live show! 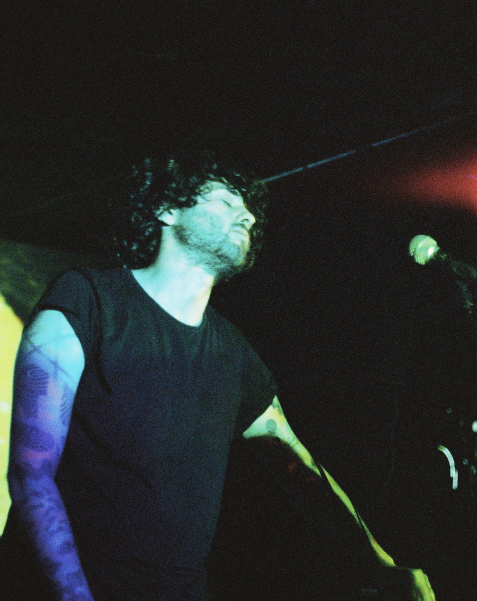 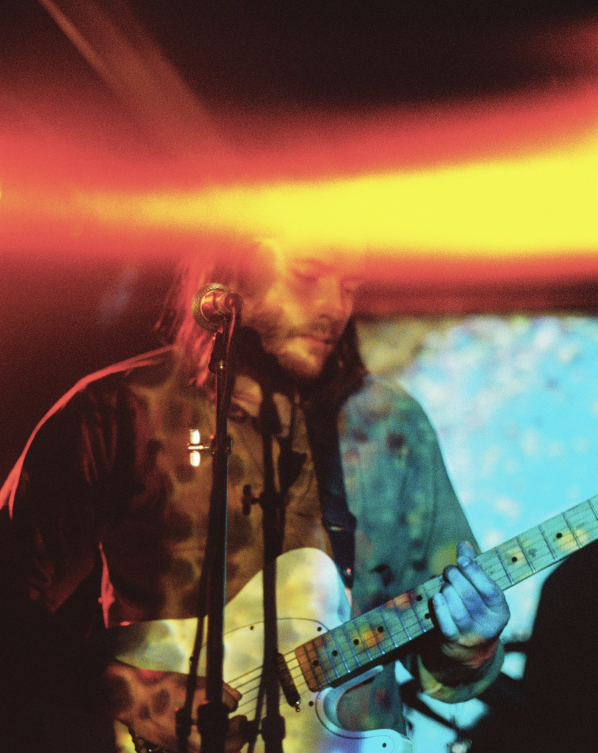 Lyon seems to be home to a prolific and vibrant music scene where electronic dance culture co-exists in perfect harmony with instrumental music. How does it feel to live and create in this city? What makes Lyon the right place for a psychedelic rock band?

Jérémy: Lyon is a really dynamic city! So many things to do, so many creative people, so many parties. We started our band in Lyon but eventually, the city became too distracting for us! We were producing less, rehearsing less and going to bars and parties instead.

We decided to leave and live in the countryside of Lyon: a quiet place in the forest. We could finish our album there peacefully and build our studio, do gardening, work on new projects and so on.

Even so, Lyon is great to meet artists and dance all night long, this city has a big energy. 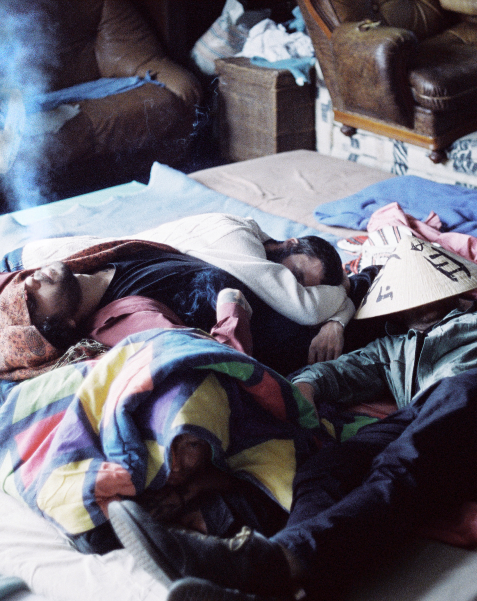 We’ve recently featured Ashinoa in our list of the most noteworthy neo-kraut artists today. What fascinates you in this type of music? How did it find you?

Jérémy: Krautrock was introduced to me by Chris! Before that, I was mostly making techno but I was growing tired of it and wanted to start a psych-rock project. Then I met Chris. He was starting to discover krautrock and introduced us to this universe! Chris is a really great digger of the old stuff while Matteo and I are more familiar with the contemporary scene.

So we started drawing inspiration from this ‘70s music and playing our version of modern kraut by mixing all our influences. What fascinated me was the repetition of motorik kraut – it’s so transcending. Like a horizon that guitar and synth take you to. For me, kraut music isn’t just rock. It’s an open canvas to any ideas, it’s a subtle vibe that sends shivers down the neck. It’s the symbol of something that keeps moving on and evolves over time with the same spirit and energy.

Matteo: When I was 14, I was a big fan of Can’s “Tago Mago”. But then I forgot krautrock until I met Chris and Jérémy who were in love with German rock from the ‘70s. The psychedelic potential of all those albums united all of us and sparked the desire in us to recreate some kind of mystical experiences.

Macadam Mambo is our beloved imprint as we’ve premiered a few tracks off its catalog before. How did you come into contact with the label and what’s the story behind your debut release “Sinie Sinie”?

Jérémy: Lyon is small! When you are part of the “artistic circle”, you know everybody!
The story behind the release is short. Sacha had previously released an album by Abschaum (another project of Chris). So when our first album was finished, we pitched it to Sacha right away and here we are!

Could you introduce us briefly to the music video for “Hendwe” and tell us about your connection with the video artist Arnaud Laffond?

Jérémy: Arnaud is a digital artist from the “small city” of Lyon. After we released our album, we didn’t have any idea for the video. Then a friend of mine introduced us to Arnaud thinking it could be a good match. I’d already known his work through the Mirage Festival – a digital and numeric art festival. We liked his style right away. We let him work on this video without giving any direction, any influence except the music itself. He took all the decisions himself and we are more than happy with the result!

Matteo: Arnaud wanted to mix textures, colours, objects and bodies to create a cosmic transformation of matter, and we simply loved his ideas!