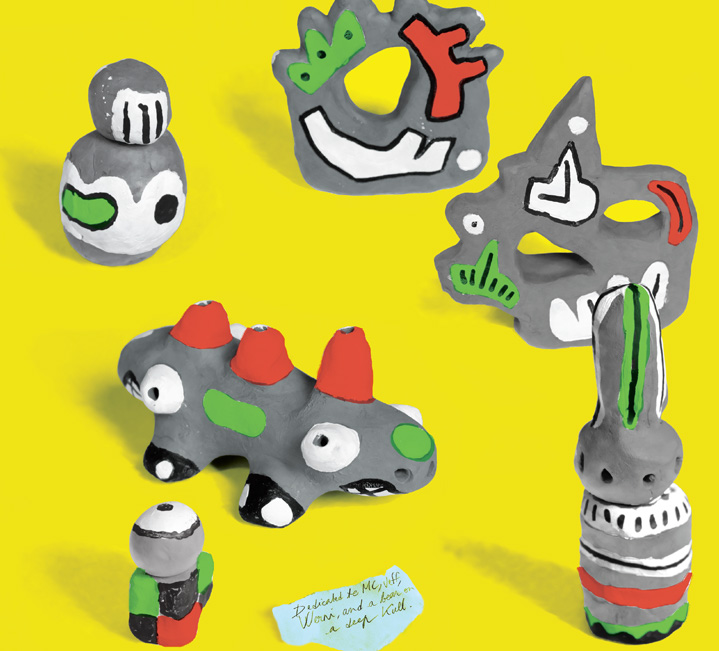 Low Bat aka Louis Bataille, the crazy and creative musician & DJ, talks about the process of making the compilation “Endlich Normale Menschen” (“Finally, Normal People”), which will be soon released on Chez Emil records. Low Bat recently moved back to his birth lands “where the cheese can be extremely smelly”, but he admits that all the work with the compilation was inspired by all the faces and places that were around him for the past two years while he was living in Berlin. He says: “Compiling these tracks was somehow very personal, the frames I put myself in were the “friends only” type of.”

This is a double LP that cannot be put into any genre. And that’s somewhat nice – quirky, unconventional selections are thought-provoking and, of course, the new cool. Dive in and see what’s good coming up!

Firstly, congratulations on your very nice release. That’s a fruitful collaboration with Lyon based Chez Emile records. How everything happened?

Thank you! The story started at least two years ago – we did a first jam with the band I’m in, Jean-Luc, and someone listened to it and asked me to do a compilation around this jam (named “Die Blaue Orange Pressen”) with other songs. I started to collect some songs from friends, but it never happened. After one year, I spent a very good time with Gaetan in my kitchen, who’s now working along with the Chez Emile records team, and after a few weeks he came back to me and asked to compile a double LP. I was and still am really thankful for his trust and the others from the team working in the shop (GDB, Leo and Alexandre). I’m kind of still new to this world, so to have the possibility to press a double LP was a big thing for me.

I started to rethink the whole stuff again – a double LP is another story to compile, if I may say. And then, between working a lot to pay my rent, waiting for people to give me songs, forgetting about it, calculating the minutes to fit into the format, making mistakes about it, this whole thing took shape. Finally, Normal People for you all.

While creating the compilation, not only the track picks but also the synergy between them is important. How did you choose the tracks and is there a storyline between them?

I think that compiling these tracks was somehow very personal, the frames I put myself in were the “friends only” type of. So, the storyline is following different dynamics such as my acquaintances, the mess in my head and in my life, and, off course, as always, a bit of a hazard. While choosing, compiling the music, I was imagining building a set as I used to do all the times – not paying attention to the speed of the music or the genre, but more likely the poesy and the vibe resonating in my ears.

Another perspective I wish to underline as well is that I wanted to try and have as much versatile profiles on this compilation as possible – not only DJs/producers or musicians but more likely people running labels, promoters, bookers – ones that are keeping the scene alive with their input and hard work, often unglamorous. 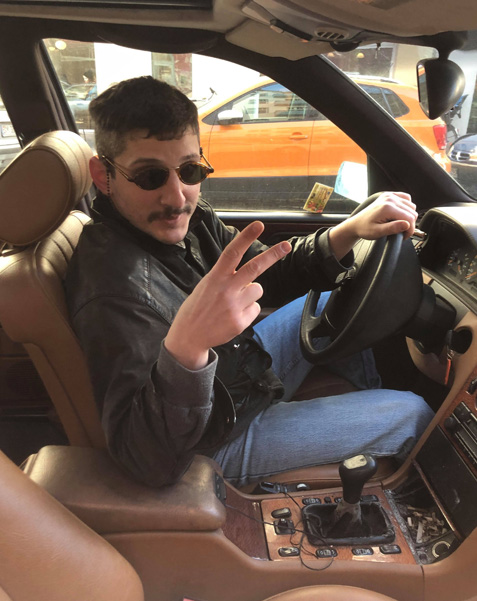 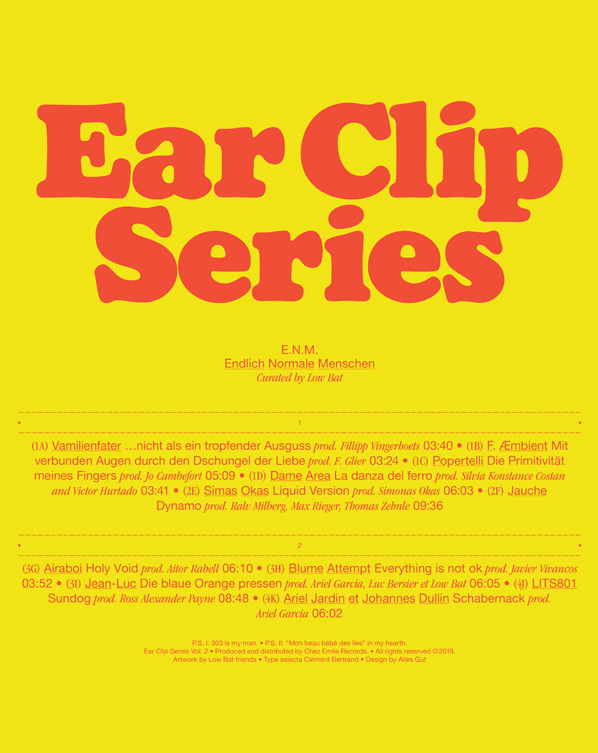 All my heroes… Airaboi and Blume Attempt are two sweet persons running a small tape label named Banned In Vegas (and expatriated to Germany), producing music themselves – I swear, they both have the “same ears” – they are full of humble creativity, and it is so gorgeous to observe.

F.Æmbient is a very good, almost grumpy friend with whom I was doing the booking of arkaoda Berlin for the past two years. He is running the sick label Kashual Plastik, and for me it was impossible not to have him on the compilation. The track is like himself – if you know him, you will feel it for sure.

Jauche is a set of three insanely talented people, initially coming from Stuttgart/South Germany – Thomas is the oldest friend I have from Germany (like from 10 years ago) – playing mostly in garage and other kind of bands from the area – together with Mr. Max Rieger (as well a part of Die Nerven), and Ralv, who is also running a recording studio in Stuttgart. It’s one proper gathering, I tell you.

I met Poperttelli, I guess, in arkaoda – he came to me and we spoke for a while, kind of “over the moon” style – I asked him to send me a few songs and I was astonished by these abstract gymnastics that I heared in the synapses he made.

My lovely Simas Okas, I am sure you know him a bit – kind of my size, with a moustache and a dog, living in a blue wooden house in Vilnius. He’s a very crazy digger and is starting with “allegro con brio” to produce a proper singular music. 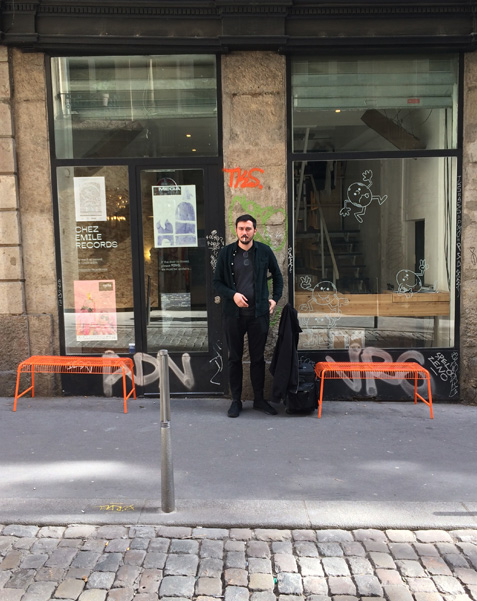 Jean-Luc is the band I’m playing in – with these two gentle thugs named Luc and Ariel. I picked one song made by Ariel from the band and a friend of his – a hilarious puppet carnival number – as if you found yourself in the living room of Ariel and watch him playing piano, cleaning the house and preparing some spaghetti alla puttanesca at the same time.

Dame Area is a duo based in Barcelona that runs this beautiful label named Magia Roja – their music can be understood as a boundless industrial oriented, underlined by lot of shrill and poetical vocals – my god, are they good.

LITS801 is a real music anthropologist mixed with a poet – this person has a lot of “savoir-vivre” and his smile and attitude are stunning, more I cannot say.

And, of course, Mr. Vamilienf†ater, whom I met on my first year in Berlin – he is running this performance avant-garde label named Bohemian Drips, I owe him so much.

For the rest – I’m sure you are as well as The Normal People, such as all the people I was surrounded by during the last years – Baba K, Ella, Werni, Lavi, Stouffi, CoCo, Claire, Fabi, Miky, Gato, Soph’, Pete, Elad, Jonas, Halil, Deb, Ed, Lorr, Jean and Kull. Basically, the background of this compilation is a glimpse of what I lived, heard, smelled, ate during the past years in Berlin. 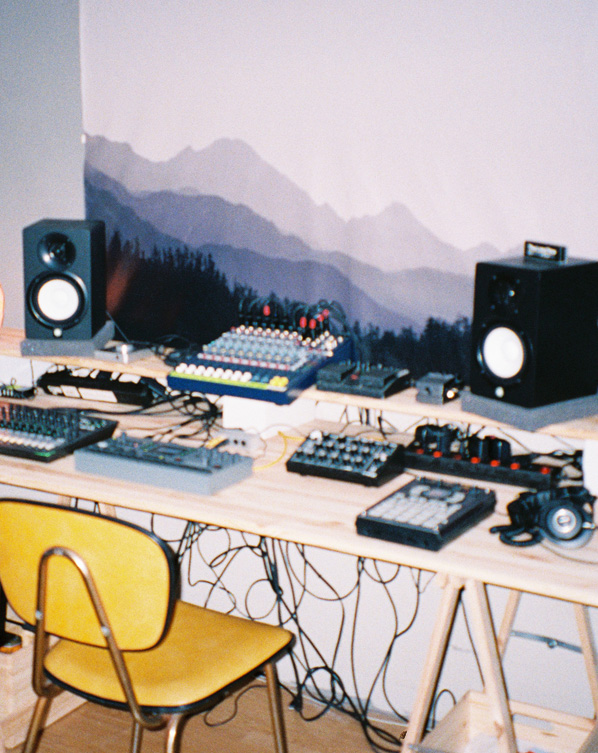 Louis, how do you feel in a curator/creator role? Two years of managing arkaoda Berlin, recent Jean-Luc tour around the EU cities… As if that wasn’t enough, there was a lot of work and finally, birth of the twin 12’s’. Where the energy comes from?

Actually, it was kind of the same as doing a part in the booking of arkaoda – following your guts, your feelings, trying to give a place to the new people that are almost normal, not already too much included into the big professional world of music. I guess the energy came from focusing too much on this thing and forgetting myself a bit in the middle of this road. I just quit the job and I’m leaving the city – going back for a while where the cicadas are louder than the cars and where the cheese can be extremely smelly. As well, I’m sometimes a bit hyperactive and if I don’t feel totally tired, I cannot sleep.

Impossible not to notice the artwork of the release. Clay creatures are as nonconformist as the music inside. Who’s behind the design?

This artwork, jeez, ahah. The front cover with the creatures is coming straight from the brain of the Lyon based studio Structure Bâtons, with whom I’m collaborating since the beginning of the posters for all my events. They also did the artwork for the release of Jean-Luc on Knekelhuis last year. What can I say – firstly, I love and respect them so much. Two highly educated designers, researching the fields of pedagogy, cartography and typography and having just materialised whole ideas behind the compilation with this clay creatures – it’s a pure edifying moment for the eyes.

Imagine yourself in a moment of colourful confusion, walking up and down the streets of Neukölln, a morning of spring, around 6-ish am – you might see these figures appear along your path. If not, eat more cookies.

Last task. Finish the sentence. ”Endlich Normale Menschen’ will excite those, who like to…”