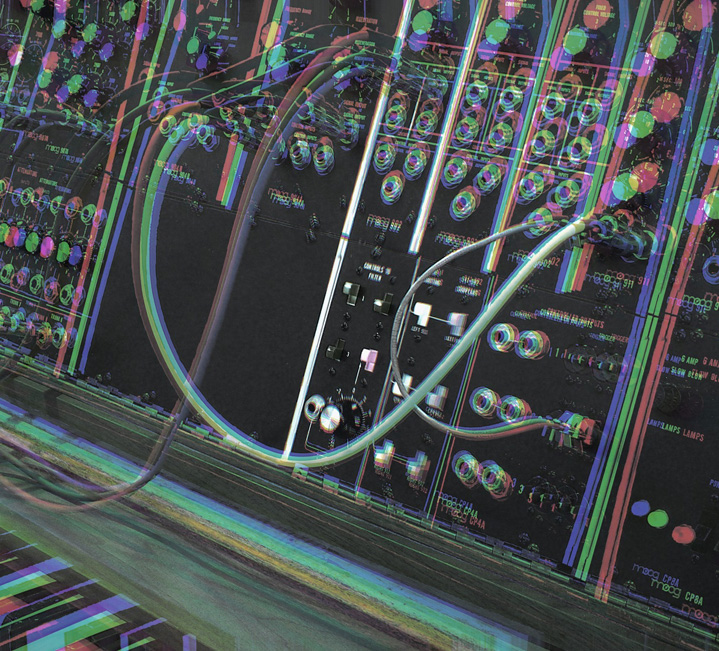 It orbited out of the conformist track of rock & roll over half a century ago – with a propulsive, throbbing repetition of 4/4 drumbeat laced with lysergic electric guitar licks, daringly sailing the stellar modular tides.

Soon enough, it was christened “krautrock”: the stimulating, entrancing music that – last time we checked – was the precursor that paved the way to the electronic music we know today.

Although the term “krautrock” was originally used to refer to a disruptive movement of Germany’s experimental psychedelic music in the 60s, rather than to a particular sound aesthetics, one can easily tell it apart from other styles of music. Whether you accept labels or not, krautrock (or kosmische music), just like any other musical genre, has its ingrained characteristic that always makes it stand out. Owing to the specific playing techniques – such as motorik drumbeat – as well as nebulous instrumental soundscapes adopted from space-rock classics, krautrock is marked by an unparalleled rapture and therefore has (and most surely will continue to do so) retained its appeal throughout decades.

There’s something primordial about krautrock that explains its prominence in the present-day music scene among other recently rehabilitated or, more precisely, “re-appreciated” music styles, such as trance, electro, or acid-techno. In fact, not only krautrock has managed to stay current ever since its emergence but it also never stopped nourishing other music genres: today, you can hear some impressive krautrock mutations by artists who ingeniously blend its elements with other musical influences – and that’s, perhaps, the real beauty of it.

For this, we have to be grateful to record labels that seem to be more inclined towards kraut-infused material than others. Courtesy of imprints Malka Tuti, Bureau B, Macadam Mambo, Höga Nord Rekords, Guru Guru Brain, and the likes, the “motor” of krautrock keeps on running, powered by fresh, ear-challenging music by present-day bands and artists.

19 of such compositions you will find in our curated list of neo-kraut songs from the last decade. Whether you’re afraid you may have overlooked some of the new kraut material or just love to indulge in a cleansing repetition of mind-bending sounds every once in a while, you need to give these tracks a spin.

We invite you to tune in to the first batch, featuring six amazing tracks by Transport, Camera, Minami Deutsch, Syncboy, Abschaum and Die Orangen.

Transport is one of the many magical voyages Berlin/Cologne-based percussionist Niklas Wandt has partaken in. Who could have thought that kosmische and tribal music make such a perfect pair?

An exemplary effort to blend the rough with the gentle, the static with the fluid, the disciplined with the playful – by Bureau B’s top fellas Camera.

With their whimsical guitar riffs and swirls racing the unyielding four-to-the-floor cadences, Japanese outfit Minami Deutsch surely know how to keep you excited.

Syncboy’s uncanny synthetic mirages bear no resemblance to anything you’ve ever heard before, neither in the 70s nor today. And yet, it’s kraut all right.

The project of Berlin-based Aussie expats Dreems and Kris Baha ingeniously brings together the elements of disco, kraut, pop, industrial into one juicy entity (which as of now you can officially call “krautback”).